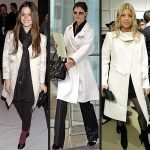 Sent Anonymously so his daughters can still get a good shidduch

I was in Yeshiva early on Yom Kippur morning, getting a jump on my davening, and started noticing guys putting on their Kittels, when it struck me, “when did kittels become so Gay looking?” When I was married 26 years ago, and got my first Kittel, they were just plain white cotton, with a bit of geometric trim ( the same trim sometimes found on taleisim). There weren’t many choices.

After all, the idea is we are supposed to resemble angels. (FS says – well who said there aren’t any gay angels – maybe when they do kedusha they bust out flamboyant shuckel moves?)

Over the last few years, however, it seems that “frilly” trims became very popular. Even “lacy” trims!!! What’s going on? Is Yom Kippur, and your wedding day, a time to let out your inner female tendencies? Is it a time to start cross-dressing? I even saw two guys that had frilly SILVER thread designs on their collars and sleeves!! SILVER???? I thought we were supposed to wear a kittel to look like angels (whatever that means), who dress all in white! When did angels start wearing SILVER? And do they have lace trim?

← How to shake a lulav
Why did Obama win the Nobel Peace Prize? →

39 comments for “Letters to the editor: When did kittels become so gay?”