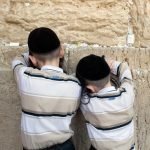 For many people including me Yom Kippur is one of the most dreaded days of the year. As someone who can’t even sit through all of shul on shabbos, Yom Kippur is one of the closest things to hell on earth for me. The repetitive prayers that seem like they will never end and when they finally end, its not time for Kiddush, its time for another viduy clopping or slichos or something that begs forgiveness from the almighty and powerful lord who knows that I am full of crap anyway, I know I am going to do all these sins again, most probably right when I get home.

I have struggled for years with Yom Kippur and the concept of repentance for things I didn’t regret and would do again with fervor, I felt like such a moron in this sea of people crying out to be forgiven, while I was faking, was I the only one faking? Or were other people asking these same questions. One year I decided to ask someone the question of whether or not it was worth it to beg for forgiveness for something I had enjoyed and would do again, for many reasons I don’t really succumb to guilty feelings – I like to do things that seem right, but guilt never gets to me, mussar and chassidus definitely work for me though.

The person who I asked this to, explained that Yom Kippur wasn’t the same for everyone, for people like me it could be davening so you could someday be on the level that Yom Kippur was not so abstract, or on the level where you could ask for forgiveness. It was interesting and helped me out in many ways. I still hated Yom Kippur and the only reason why Rosh Hashanah was bearable was because I could think about all the brisket and tzimis I would eat while sticking it out through shofar.

I cannot tell you exactly what happened for I still do not know, but this was the first Yom Kippur that I stayed in shul the entire time. It was also the first Yom Kippur that I enjoyed davening and wished there was more and it was my first time standing for of Neila. For those who know me well, you know that this is next to impossible yet it was so easy and went by so fast its inexplicable.

It may have been the fact I paid for my seat, which was wedged between two people, but one of them agreed to let me have the end seat next to a library of seforim with some good mussar books for me to read during repetition parts. It may have been the fact that I haven’t had the pleasure of davening in real yeshivish minyanim as of late and I miss them so (based on the readers assumptions one may come to believe that I have some sort of disdain for the yeshivish community – but the yeshivish community is actually the sect of Judaism I like most) yeshivish minyanim are my favorites and especially in a setting where I can wear what I want and don’t get stared at.

This year also marked the first time I davened for clarity and for God to give me emunah and bitachon, I really didn’t daven at all for monetary needs (regardless of the fact I am jobless and have to find something soon) it was kind of interesting actually – normally davening for things is concrete but this year it was very abstract. I cant say I was thinking God the whole time – I thought of some great posts during shul and thought about where I could do shows and where I would hike or bike in the next few days – I also thought of fall foliage and the upcoming winter root vegetable season. I also thought about where I would spend simchas torah, thanksgiving and the first snow storm ski days.

I would like to thank Eli Gray who’s copy of Derech Hashem I read during shul to give me chizuk. I am not sure if he was at Rabbi Groeners for shul, but he came up to me a few weeks ago during shiur to say he was a fan. I would also like to extend a big yasher koach to Rabbi Groener for an amazing spiritually uplifting davening.