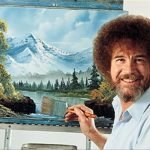 I am a self-described Jewminicana—a Jewish American Dominican hybrid, who grew up Dominican in New York and converted to Judaism.

Do you have sex through a hole in a sheet?

Honestly, if I did, would I be telling you?

And how come you won’t eat food that’s not blessed by a rabbi?

Then I have to get into the fact that kosher does not mean a rabbi performed some kind of Jewish hocus pocus over my turkey sandwich.

But then my friends want to know exactly what kosher means and they get this worried look on their face like kosher means I’m going to starve from lack of options.

I tell them kosher means no pork (which my Mami never let me eat anyway), no cheeseburgers (did I mention I’m lactose intolerant), no shellfish (amazingly I’m allergic) and no octopus legs (which I spent most of my childhood eating straight from the can. Slurp, slurp.).

Honestly, the most important food groups are kosher: rice, beans, and plantains. Obviously, my stomach is 100% Dominican.

The only conversation my deadbeat dad and my husband have ever had was about keeping kosher.

Papi told my husband how Dominicans kill chickens. By whirling them over their head until the neck cracks.

My husband told Papi how Jews kill chickens. Quick slice to the neck.

I think I made the right decision, don’t you?

I’ve gotten this question in the public bathroom, from my mother-in-law’s Hispanic maid, from my sad-faced former Santeria (Spanish voodoo) worshipping relatives.

No, I tell them, I don’t believe in Jesus.

Can anyone explain to me why Christians believe this ever makes for good, polite conversation?

And when I tell people I converted, they ask, “So you married a Jew?” As if to say I converted for marriage. I’m sorry guys, Gd, but I would never do something this crazy hard for love.

And then I’m standing all casual like outside of synagogue, after just having had a Shabbat meal (yum!) with the twit who’s aching to ask me the next stupid question of the day…

No, seriously, I just like to loiter outside of Orthodox synagogues waiting to see if they’ll be handing out free gefilte fish at some point on Saturday afternoon.

But then I get “Funny, you don’t look Jewish.”

It’s incredible that with my anger management problems, I don’t smack more people on a daily basis.

One little beady-eyed Dominican lady laughed at me for wearing sneakers and a skirt. She didn’t think I understood Spanish. You see, people don’t think I’m Hispanic, they think I’m biracial.

I know this because I’ve been asked:

Are you part black?

And…why is your hair so nappy?

Sometimes all in the same conversation.

When I tell Dominican cab drivers I’m Dominican too, they turn around in their seats to look at me with open mouths agape and they ask, “You’re Dominican?”

Didn’t I just say I was?

So I don’t look Jewish, Dominican or American.

I know I don’t look American because the other day at a Shabbat table, while reaching over for my next piece of challah, I got asked, “Are you from America?”

As the wife of a future rabbi, I’ve been told that it’s not kosher to give people the finger.

No, I’m probably wearing my “Gotta Love that Jewfro” t-shirt. So that five people ask me if I’m Jewish that day. No, I just like wearing Jewish shirts. Hello? DUH.

Am I wearing a sign that says ask me stupid questions, please? And If am, how can I get this thing surgically removed?

23 comments for “Living Life from Under My Jewfro”