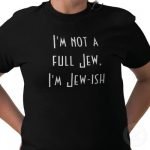 The Jew-ish Theological Seminaries legal council has unanimously agreed to come up with a Pirkei Imos for people to balance out the more traditional Pirkei Avos. Rabbi Sarah Finkelman-Feinstein-Shapira who heads the council told Fum Satire that she has sat silently through Pirkei Avos “ethics of our fathers” study groups for years until she had enough. “I just felt it was high time to hear what out mothers had to say in the intelligent context” I was sick of having to look at Chicken Soup for the Jewish Soul books and needed something written by our great Jewish women leaders of yesteryear”.

Although the supposed writings and ethics of our mothers is being compiled, sources from the ultra orthodox union have related to us that nothing exists. Rabbi Pinchas Frimmerburg admits that women weren’t allowed to learn torah, kal vachomer they obviously weren’t smart enough to write and so these Jew-ish seminary people will obviously be using their own interpretations from passages that may include women in them.

One such Talmudic discourse being used to show the ethics of our women is from the infamous Talmudic discussion of Rav Huna who hid under his rebbes bed to hear what he said to his wife during sexual intercourse. Theologians from the seminary have extracted meaning where none exists, says Rabbi Frimmerburg, who told us that women had no rights until orthodoxy split in the 1940s into factions of ultra orthodoxy and modern orthodoxy.

Rabbi Sarah Finkelman-Feinstein-Shapira who has been married three times tells a different story. Rav Hunas rebbes wife obviously had some thoughts on the subject and the Talmud being the sexist rag it is has forever kept them under wraps. Ethics of our Mothers seeks to uncover these mysteries and bring them to the discerning public who seek more than just a mans interpretation.

We have already changed the siddur to accommodate the needs of women and men who want a more liberal daily prayer and now we have to move on. Plans for reinterpreting and possibly rewriting the torah are in store, but first the council wants to change some fundamental learning tools so they can put people on the right track. “We cant just go on and change the whole damned torah, we will take it on e step at a time”

← Shana Tova – Happy New Year to you all!!!
Judging Olim by the first jobs they take →