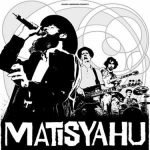 One month ago Matisyahu released Light. The album is out there in the ether garnering praise and getting radio play. Personally, I love Matisyahu. I like him and his music. I think he’s the best thing that happened to Judaism since cholov yisroel Parmesan Cheese. But that feeling isn’t universal. In fact, there are quite a few people who hate him and his music. Here’s the short list:

Stop coasting in the status quo. Move forward with ego.com

← Dancing to the yichud room – modern orthodox style
What do you think of kosher restaurants that are open on shabbos? →