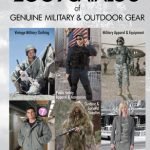 One of the most joyous occasions in yeshiva for many folks including myself was when I got something in the mail. I wasn’t cool enough to get letters from girls (which would be opened by the secretary and read aloud by the Rosh Yeshiva to you) nor was I cool enough to get birthday presents from wealthy relatives – the only mail I ever got was the occasional $40 from my dad (he sent cash in the mail) or a catalog.

I wasn’t one to subscribe to magazines, but when I realized that catalogs were free, sometimes included stickers, posters and most of the time provided just as much reading material as many magazines – I jumped at the opportunity to receive as many catalogs as possible.

The first catalogs that I got were of the outdoors and biking variety, I would get a card from the back of Mens Journal and check off every single choice for “information” and then 2 weeks later I was loaded up with Peru vacation guides and mountain biking catalogs.

Naturally I wasn’t the only one that did this, and the yeshiva mail room was constantly filled to capacity with hundreds of different catalogs, I do wonder what on earth these companies thought when 10 people ordered the same catalog.

The Edge Company is probably the most “yeshivish” catalog in the world. It is the catalog yeshiva guys in my school and I have heard countless others would prize and actually order things out of it. The Edge Company catalog has almost everything a yeshiva guy could want, samurai swords, cross bows and bb guns were amongst the most sought after and bought items. I myself bought a really crappy cross bow from the edge company catalog and I had a ball with my first weapon – every yeshiva guy loves a good weapon.

Other yeshivish catalogs were Bass Pro Shops and Cabelas which were both huge hunting, fishing and camping catalogs with loads of cool gear to make your stay at camp more enjoyable – because every yeshiva guy needs an emergency shovel and flair kit. In my yeshiva we were obsessed with army surplus stuff and these catalogs for anyone that has ever received a Cabelas and Bass Pro Shops catalog knows that they are as big as books. You could buy ATV’s and boats from the catalogs as well as beef jerky or freeze dried venison.

Other popular catalogs including the Eastbay shoe outlet, Sierra Trading Post, those black and white Campmor pamphlets and let us not forget the Sportsman Guide which had several catalogs with great deals on shoes, hunting supplies, clothing and outdoors gear – these were the best catalogs and had the best deals – I had to google to figure out what they were called and I just got myself some subscriptions.

Stop coasting in the status quo. Move forward with ego.com

← Observance level has nothing do with the friendliness of a shul
Where were you on September 11, 2001? →

9 comments for “Yeshiva memories: Getting free catalogs in the mail”