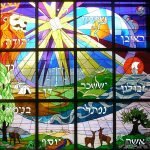 Some folks express dismay that shuls aren’t as friendly as they could be, but I kind of expect shuls to be unfriendly places where people just go to daven, back in the day the shul was the center of Jewish life and I am told in some of the more liberal wings of Judaism it’s the only tenet of Jewish life, but still I don’t really go to shul because it’s a friendly place, I go to daven, scope out the girls, get some free food and once in a while meet some new people – which is usually only possible in shuls outside of the New York metro area.

That’s why I kind of freaked out when this guy introduced himself to me yesterday smack in the middle of a shul in Long Island, the last place I would have expected any sort of welcoming from the shul members, I haven’t ever spent a shabbos in Long Island before, but based on my experience with folks from Long Island, I wasn’t too impressed with their friendliness, I wasn’t unimpressed, its just a New York thing to be rude and unkind – not that they were rude and unkind, but based on my upstate mentality, everyone should have a 5 minute conversation with everyone they meet in the street no matter who they are.

Not only did the kid who came up to me say god shabbos, he said shalom aleichim and then said that we should chat after shul. Now how hard was that? I thought to myself as I recalled the hundreds of shabbosim I had spent in new communities where it was quite obvious I was a guest, yet not one person including the Rabbi came up to me to say good shabbos – in Detroit I sat down in a shul once at Kiddush, I was obviously a guest – I was the only one not wearing a hat or suit, yet no one bothered to welcome me and say good shabbos. Or that time I went to a modern orthodox shul in St Louis, and no one even cared to find me a seat so I stood in back until I decided that I should have just stuck to my hosts shul which was Agudah and way friendlier.

Obviously the paragraph above was trying to show you that based on my expansive experience in shul round the world shul attendance, I have not been able to come up with any correlation between the level of orthodoxy and the friendliness of the shul. I think people like to point fingers at both sides, but in my experience – leaving chabad and kiruv shuls out of it because no matter what you say they have to be friendly to push their agenda – friendliness has nothing to do with how frum or un-frum you are.

Granted the young guy who came up to me was the Rabbis son, my gloomy mood was brightened, I was seated in one of those seats that made it hard for a new comer to get up and daven standing like I wanted to, I was seated right next to the women’s section which had a rather low mechitza allowing all of them to look right me and me at them – contrary to what you may believe based on the fact I admit to checking out girls at shul, I dislike davening in shuls where the mechitza makes in easy to look at the girls. This is for several reasons, and none of them have to do with concentration, in fact it has to do with the opposite, instead of being able to freely look around, every move I make is scrutinized by the women ad every time I look around it appears as if I am trying to get a glimpse of the women.

I also dislike low mechitzas, because I cant just pick my nose or un-wedgie my suit pants without them looking at me. As I stated before I would have also liked to stand up for davening and having the women looking right at me made me uncomfortable. So I sdat through birchas hashachar and yishtabach and waiting until laining was over to daven shmona esrei.

I had arrived smack in the middle of the Rabbis speech, yet unlike many shuls, when I walked into find a seat no one gave me the stare, I frequently get the stare and it makes me uncomfortable, like being friendly, it doesn’t have anything to do with the religious level of the shul, it happens equally at yeshivish shuls and modern orthodox shuls – although basement shuls it naturally happens because you have to knock over people in the middle of shmona esrei in order to get any sort of seat or even to shuckel.

I looked around the shul and noticed it was small and no frills, no fancy stained glass, no obnoxious Monsey McMansion ark and no rows of artscroll gemeras, the seats had ample leg room and like many modern orthodox shuls they had armrests – mostly because in order to be modern orthodox you have to take longer than 3 hours for shabbos morning shul and therefore armrests were needed to take naps during the Rabbis speech.

The Rabbi stopped speaking and then they started laining, it appeared they were in the middle of laining and eventually I realized to my horror and probably every other ADD person in the room that the Rabbi would speak between almost every aliyah. I learned after shul –baruch Hashem – that the Rabbi never makes a regular speech and explains the aliyos instead. I swear to you I was debating leaving in the middle because I figured he would do this whole aliyah speech thing and then bust out one of those pre-musaf snoozers.

Its good I didn’t leave, because after that kid came up to me another dude came up to me to introduce himself and ask a little about me. Then a third person and you should note that was done in a discreet “I wonder who our guest is” sort of way, it wasn’t one of those hocker moves that hockers try to do to feel cool and find out if your related to anyone he knows (of course you are because he knows everyone)

I cannot tell you how good it feels to be welcome at a shul that you have been at, countless times I have gone up to Rabbis to inform them that I was disappointed in the fact I was a guest but no one had come up to me to introduce themselves (not in diverse big city shuls) – where its unexpected. I went to Kiddush and was duly impressed, I hadn’t even thought about Kiddush or girls the entire shul because it was so friendly.

Kiddush was a full spread, and the shul wasn’t too big I counted 45 men and maybe 30 women. Kiddush was cholent with kishke on top, salad with that high in fat Caesar dressing that frummies love and platters of assorted chicken breast including, schnitzel, grilled and lemon – with sauce in the middle – I didn’t even get to the herring but there was herring and some good cakes as well.

At Kiddush I met a whole bunch of people who kept coming over and introducing themselves and asking why I was there, where I was from – but no Jewish geography, not one time did anyone look at me blankly when I introduced myself as just Hesh with no last name (except for the Rabbi but he needs to know these things) in New York whenever I do this people look at you with a blank stare as if you told them you were from Queens but refused to say which part – it drives people nuts. The handshakes were firm and people looked at me when I spoke to them – I could have sworn I was back in Dallas.

I got to chat with the Rabbi who was super cool, and he asked where I had gone to college – a stark difference from frummies who want to know where you went to yeshiva. When I told him Brockport and I was about to explain where it was because its in the middle of nowhere – he said – “I’m going to tell you something that will blow your mind man” he sounded like he was tripping acid in Woodstock – he told me that about 35 years ago he was the Rosh Hashanah Rabbi in SUNY Brockport, definitely shocking considering that our campus Jewish population was very negligible.

I did notice that no one invited me to lunch, but I’m not getting too hung up on that, I am definitely hung up on being in eastern Long Island and feeling like I was out in Texas.

Oh and the shul is located in Roslyn, Long Island – the Rosylin Syangogue

← I love my mechanic
Yeshiva memories: Getting free catalogs in the mail →