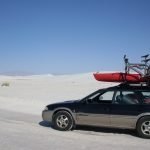 Unlike most men who peer longingly under the hood at what makes their cars move, I kind of know what I’m looking at, I can pick out the engine, the air intake, alternator and radiator, but like most men I cant do a darn thing about it when I’m stuck on the side of the road waiting for the triple A guy to show up to tell me “it doesn’t look good” I mean I could have told you that – because in my driving career it hasn’t ever been good.

I love how whenever someone gets stuck they jump out of their car and open the hood like they know what they are doing, they poke around, and mumble under their breaths with the authority of a antique auto restoration expert and finally when they realize they don’t know shit about the cars, they suck it up and call the experts, usually they call their own mechanic first who tells them to check this and that – then it’s the tow truck driver who charges them an arm and a leg to bring it to the local mechanic who may or may not rip you off.

I have always thought that mechanic were similar to doctors in that they told you a long diatribe of what was wrong, even though you probably had no idea what they were talking about. I also love how after a visit to the mechanic or the doctor people have a whole bunch of new words in their vocabulary for a few days. Besides for a bunch of jargon you couldn’t understand, they also told you what was wrong – which meant nothing to you because you knew they could tell you anything and you would buy it. Just like doctors mechanics could give you that whole “you don’t really have to fix it now but in the future…” stuff that always scares you so much that you opt for the preemptive repairs you may or may not even need.

Due to my addiction to driving long distances and to really far off places I have had to spend many hours waiting around at mechanic shops I really wouldn’t have gone to if I were not stuck in the middle of nowhere in Idaho or Alaska and all I really wanted to say with this post was that I love my mechanic, and good honest mechnics that I can trust are hard to come by.

Besides for loving my mechanic, I also love the fact that of all places, my mechanic is located in Boro Park which means I can wait around and always have something to eat and interesting people to watch.

Unlike most mechanic shops, Ashers Auto is one of those places where you can literally hang out, I’ll show up to find people who don’t really have car issues just chilling and acting like they are best buds with the mechanic and his workers, I love watching Chassidim shoot the shit with the mechanic and ask him about the qualities of a Grand Caravan vs. Windstars, they both suck in my opinion, but that is just my experience with American cars.

I feel like auto repair shops were built for hockers, most of the time the bays are filled with shitty old American yeshivish cars held together with bungee cords and duct tape and then you have some young Tuna Beigel show up in his brand new Lexus, and you have all these salivating wannabe hockers who haven’t figured out how to move from welfare recipient to insurance fraudist hocking about cars.
I myself have a pretty unique car, not a macher car by any means, but for Boro Park its pretty weird, first of all I am awful proud of my 341,000 miles, and all of my driving stories and just in that I live out of my car, so its filled with bikes, outdoors equipment and stuff. Either way, the mechanic knows my car well, so much that instead of calling up as Heshy, the names a dime a dozen in BP, I call up as the 99 Subaru guy.

The real reason why I love my mechanic so much, besides for the hockers, Chassidim and those off the derech electrician types, is because the dude is honest, seriously I go in and have an issue and if it needs no parts and it takes half hour to fix he doesn’t charge you – I am sure plenty of Ashers Auto patrons can attest to this. I kind of wonder how the dude makes any money, if he’s always giving service away for free or fractions of what he should charging, even my new clutch was way cheaper then I could have gotten anywhere.

This was not really an advertisement; I just like helping people out, Ashers Auto is located on the corner of 16th avenue and Dayhill rd and 39th street – it’s a weird intersection.

18 comments for “I love my mechanic”