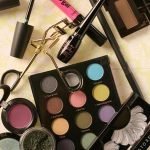 Jerusalem – The Darchei Rachel seminary for girls in Jerusalem imposed a new regulation recently: Each girl agreeing not to put on makeup for her wedding will receive a scholarship worth NIS 1,000 (about $265).

Even I am not deranged enough to come up with such bullshit (Ynet has the story and the comments on Vos Iz Nieas are interesting), my first thought was “I hate girls with makeup so this sounds cool” second thought was “shit its not even cash?”

Then of course I thought about the fact that kallahs were supposed to look good for their husbands, and about those poor Charedi girls forced to marry at such a young age and now they should feel pressure to withhold from makeup – on top of this, its not like they actually get to keep the money, it goes to tuition because what would an aidel frum girl need to do with that kind of money. Money affords power and individuality and frum girls should have neither.

Seems like they are slowly trying to make women into robots that can have no fun, and I don’t even like girls who wear makeup