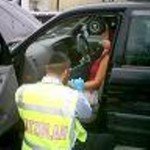 In a striking move, a group of Jewish community activists known as the Gedolei Yisroel have banned any pictures of hatzolah on the job due to their pornographic nature.

One Gadol we spoke to stated that after many complaints from community members about elbows and knees blatantly showing in many of the pictures, they have decided unanimously that the pictures should be deemed pornographic.

Hatzolah’s press manager spoke to us and said that the pictures were never pornographic because orthodox Jews are rarely into bondage and S and M, relating to the bloody nature of the pictures. He also stated that the pictures proved to communities that Hatzolah was more then a bunch of overweight ex-yeshiva guys who couldn’t pass the police test or get into med school but still wanted to drive big fat cars with sirens and run red lights on Ocean Parkway.

The press manager also declined to comment on whether the Yeshiva World News editor would listen to the ban. Yeshiva World News otherwise known as YWN has been known to heed the advice of gedolim, one of the little known reasons that they have been losing traffic to their chief competitor the sensationalist Vos Iz Neias.

Sources say that the only reason people keep visiting YWN is to look at their constantly updated database of of hatzolah pictures and we are wondering if they will be able to stay afloat on their coffee room forum alone?

“There is no excuse for frum news outlets to show women, and women with their knees showing and in various states of cardiac arrest including the horrific bounce back stage that occurs after they are shocked, which has the tendency to reveal breasts” This is an outrage and if this issue is not taken care of the Gedolei Yisroel, according to inside sources, may cut off funding for Hatzolah.

Fortunately for Hatzolah the Gedolei Yisroel have no control over their main source of funding, their classic white ambulance charity boxes located in kosher pizza stores worldwide, mostly because to remove them would require removal of years of crusty oregano and the cost is just too high.

← Is the UJC Jewish Community Heroes Project a scam?
Letter to the editor: Judaism is too strict →

17 comments for “Gedolim ban hatzolah pictures: They are Jewish pornography”