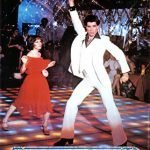 Prior to moving back to Rochester for College I didn’t realize what a cool town it could be, the Rabbis took those realizations away from me with such a force that the only things we could do at night were heavily restricted based on one single factor, the Ora Girls. The Ora Girls or Cows as many of us yeshiva guys referred to them as, were the 10 or 15 girls from the local constantly fledgling girls school that were seen as an extreme yetzer harah to us yeshiva guys. Truth be told, there were only several decent looking Ora Girls and one truly hot one.

Saturday nights in the winter were easier, you had loads of time to do things, so you could hop on your bike or blades and be back in time for a ride to the JCC (used as our legal allotment of working out) or a ride to seven eleven (what the hell is it with yeshiva guys and seven eleven) or maybe a sneak out to the movies.

I mean normal is relative, we were at a popular Saturday night suburban hangout and we were at a table of all boys. Add to that fact that you had Rabbis coming in to check on you once in a while, make sure you weren’t doing anything like joining the mile high club in the bathrooms. Come to think of it, there really wasn’t much bad you could do at friendly’s, granted there were loads of super cute suburban high school girls with flip flops, short shorts and halter tops, but they were always with their Abercrombie, backwards white hat, polo shirts on top of undershirts with hemp ankle bracelets guys that always no matter what looked huge and way cool than a bunch of guys with long sleeved button down shirts and black pants.

At Friendly’s the only girl contact you ever had was with the cute waitresses. I remember countless times getting stuck with a cute waitress and being embarrassed as someone picked who would pretend it was their birthday, that assured us one extra minute of girl contact that was allowed by yeshiva constitutional law.

Then there were times when Friendly’s was banned, not because it was a moris ayin due to the fact a bunch of yarmulke and tzitzis wearing kids were headed into a treife restaurant and sitting down as if for a whole meal, but rather because it was the Ora Girls turn to go to Friendly’s a Saturday night.

The other legitimate hangout, though not half as cool as Friendly’s was when every other Saturday night the local Chabad would have a pizza night. You should note that Rochester is conveniently located 350 miles northwest of New York City and 175 south east of Toronto where the closest kosher pizza could be had. If you were really desperate for kosher food you could get an overpriced deli sandwich in a large grocery store in Buffalo 60 miles away. So chabad did us a favor by making us feel like we were in Brooklyn by making what may be considered the worst pizza in the history of koisher pizza, save for the Monroe pizza of 1990 which I was told consisted of a piece of white bread with ketchup and a slice of cheese.

Like that of Friendly’s chabad provided a place other then the mall where we could sit down, indoors on a Saturday night and chill. We could watch Rebbe movies, rummage through their library or stare at the local community girls who all hated the yeshiva boys. Actually pretty much everyone besides a few select families hated the yeshiva and everything it stood for. Chabad was relatively safe, save for a a few kipah srugas that wandered into the mix and gave us dirty looks as we bought out pizza and fries and sat down at long collapsible tables.

I remember the first time they wouldn’t let us go to chabad because the Ora Girls were going or serving. It was a terrible blow for it was looked forward to all week (pathetic eh) and we were crushed. Then  came the arguments and calls home. Most other peoples parents would have agreed with the ruling, but my father being the old school type that he is thought it ridiculous, not crazy enough to do anything about it, but he went on some tirade about how the yeshivish velt used to be and how they were all a bunch of idiots now. I demanded to know the logic behind their decision, it wasn’t like we were going to have sex with these girls (I would have for sure – but I was 15 and would have screwed any girl with a pulse) was it the change in the hand matter? I assured them that I would tell them to hand me my change Brooklyn style and have them slam it on the counter.

The only other event that pissed me off more then not being able to eat crummy pizza at chabad because the Ora Girls were there was sledding. Night time sledding was probably my favorite thing to do on subzero winter nights and if the girls were there I couldn’t go. Many times I would go anyway, no one knew who you were when you were all bundled up anyway.

The sunbathing girls across the street

20 guys that every yeshiva has