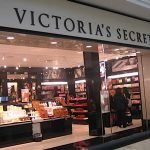 Now this is is just another reason for a Charedi boycott or maybe even a terminal riot. How unztnius can you get? First El Al announces flights catering to gays from Europe and now they will sell Victoria’s Secret lingerie and perfume to make your mile high experience more memorable.

I myself am all for the move, especially because El Al spokespersons have stated that on select flights, the flight attendants will be modeling some of the outfits. Now all we need is for one of these flight attendants to be one of the secret mossad guys so they can show off their goods and be one of those super sexy gun toting Goddess’s.

Can you imagine a Charedi getting up in the middle of the flight and rioting? I think this happened already on some flight where they showed an objectionable movie, I wanted to object to them showing the Hannah Montana movie this past time when I flew to Israel, but watched the Transporter (another yeshivish movie) on my netbook instead.

Birthright trips could get much wilder, and I wonder if charedi women will go to the back and secretly buy lingerie so they can feel sexy under their clothing?

But none of this will actually happen because I think they are just going to be selling perfume for now.Maybe they will have the coveted victorias secret catolog, which I used to get in my building from the 6th floor recycling bin on a monthly basis.