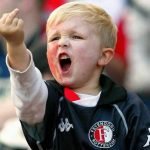 Some of you may have noticed the nasty comments from a few individuals lately, you may have also noticed that they go to spam and I approve and respond to them in a good natured way. I do this because most of these comments are just immature and childish, many of you have wondered why I deal with such stupidity and if it bothers me.

It does bother me, but not because some 24 year old kid from Brooklyn who thinks I am making a Chillul Hashem feels the need to tell me to F off, it bothers me because of the lack of intelligence. It bothers me because when you criticize someone it should be in a good thought out manner so it either creates discussion or forces change.

I receive critical emails from people all the time, but most of them are thought out, intelligent, and well intentioned criticisms, its not just people telling me to go screw myself. I actually love critical emails, especially the ones containing mussar (you know who you are) because they cause me to think. I used to just post whatever I wanted to, but now whenever I post I think, “Wait a second Mr. Heshy – you do realize that 5,000 people are going to read this right?” this thought process has completely revamped the way I write and work, mostly for the better.

I have also taken down dozens of posts and videos, thanks to critical emails from fans and critics alike. But stupid comments calling me an asshole or telling me that I am writing for traffic, are completely ridiculous and uncalled for, they don’t add anything to the conversation and if anything detract from it, in the same way that unnecessary vulgarity takes away from talented writing. The problem with the immature “go screw yourself” commenters is that they think the word “sex” is dirty and that topics of sexual nature are dirty, I definitely try to provoke but dirty humor is way too easy for me, but unfortunately some of you do not understand my humor and hence you tend to dismiss it all and bash me, which is fine, but at least bash me to my face with an email address and a real name. Comment names like “Parent in NY” and “Heshy is pervert” are just so lame and full of douchebaggery.

I fiend some intelligent critics in the comments section, but fortunately for me, most intelligent people get me, which is a good thing.

The other thing I want to address with this grievances post are the people who feel the need to write that “I used to be funny but the blog is going downhill” which are hilarious because if you look at when I first started, I got these comments every few weeks when someone who decided they didn’t like a few posts in a row, that I now sucked. I am so happy that you are telling me to change, but once again, it adds nothing to the discussion and if you want me to write your style of posts, why don’t you email me with your ideas, or complaints. To simply say that I am not funny anymore is dumb because it is not a catalyst for change.

If my blog were going downhill I would notice with the lack of traffic, new readers and commentary. I would notice that no one was hiring me to do shows or write for them and I would notice because I received numerous letters telling me so, but nothing of the sort has happened, it has grown and grown and now my readers are becoming more diverse then just the yeshiva rebel crowd, I am so proud that non-observant and even non-Jews readers and Jews of all colors, religious observances and orientations are here taking part in the frum satire experience. I have branded the name frum satire, but just because its in the name doesn’t mean I cant talk about things that are not frum, I have branched out and continue to do so.

The guest posts are awesome, and that is not just me talking, that is you. Allowing people to be heard and be discussed is great and all the great blogs revolve around both the creators writing and the people who read the stuff. I myself started doing more guest posts because what I envision for Frum Satire is to have Jews of all stripes writing and collaborating and discussing. There are very few places on the web where a ultra orthodox Jews and totally unaffiliated Jews can gather and discuss just about anything. Almost every Jewish forum or blog is one or the other. Orthodox Jews aren’t commenting on sites like Jewcy or Jewschool and Reform Jews aren’t commenting in places like Hashkafa or Yeshiva World News and if they are its completely censored so as not to let everyone voice their opinions in a free open environment.

Guest posts also allow people who read this blog to participate to a greater extent, I am not snobbish about posting here like some of the other sites and soon with a fresh design hope to have some sort of section where contributors and feature writers will have bios with contact information. Some of you may not like this whole guest writing thing, but its for the best and if you don’t like it, you don’t have to read it. I cant just bust out 4 posts a day on my own, and half of the posts I write never get put up for various reasons.

Trust me I want to write long diatribes and Jewish events, rituals and dating (haven’t been on a date in months) but when you work full time its not that easy and plus living in New York inhibits my writing more then you would know.

Another feature that I am working on is a forum, an uncensored free forum for everyone to take the discussion to the next level. I have hundreds of old posts that have dead discussion because they are hard to find.

It just seems that people are so unappreciative, when I wrote long posts people said they were too long, short posts, same thing. Sex posts its so bad, frummy posts – why do you make fun of the frum. Then the frummies complained that I didn’t make fun of the frummies enough and then that I never made fun of Sephardim or that writing about the outdoors wasn’t funny enough and so on, but since its usually one or two people I don’t change. If I get 10 emails about something then that tells me something, unless you are someone I have spoken to in the past and/or knows me well.

But if you the reader think that wasteful comments from ahters should be removed like they are on most blogs please have your say in the comments below.