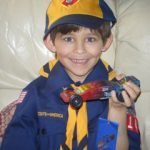 A fan asked me to post this – her son needs a kidney, but she is scared what will wind up in the comments. On a dark humor note, at least there is the potential for a bunch of comments cursing me out.

Today, my nine year old son had his seventh surgery. Seven surgeries seems like a lot to squeeze into nine years…but they feel like even more when I stop to consider the fact that they all happened over the span of just twelve months. Last year, on June 26th, my son (nicknamed “Little Pom” after his mothers affinity for all things Pomegranate) was admitted to Childrens Hospital of Michigan and diagnosed as being in End-Stage Renal Failure. At the time of his admission, he had 10% kidney function; and was totally asymptomatic.

Thus began our journey into the world of providing constant care for a critically ill child, a “kidney kid.” We learned how to perform dialysis nightly at home. We learned how to care for a catheter- first through a foley catheter, then a supra-pubic catheter. Eventually our family graduated to the miraculous Mitrofinoff, which allows him to feed a catheter tube into an opening created in his belly button to drain his bladder…a process which he will have to do 4-8 times a day for the rest of his life. We learned how to give painful injections once a week- just one of the 20+ medication doses we would dispense each day. We learned what to feed him and what could kill him. We learned that he desperately needed a kidney transplant.

Over the past 12 months, I have held by child as he cried himself to sleep, despairing over the painful medical procedures, the mockery of his catheter by classmates, the diet and activity restrictions. I cannot count the number of times I have heard my only child whisper to me “I wish I’d never been born.” Throughout this period, my husband and I have comforted him with the reassurance that Daddy was going through the process of being approved to be a living organ donor. Getting a new kidney became my little boy’s panacea- the hope of which gave him comforting knowledge of a world without so many restrictions, mean comments, painful days. We rejoiced together when it was determined that my husband was a tissue match for Little Pom. This brought us so very close to the hoped-for day when dialysis would end and something resembling a normal life would once again be possible.

On Monday of last week, we found out that the transplant team would most likely not allow my husband to move forward as the donor. His blood pressure was a bit high and they wanted someone who had a stable b.p…not a “controlled” one. That was the first blow. On Tuesday of last week, I lost my job. The Christian nonprofit I worked for finally got sick and tired of the amount of time I spent away from work caring for my son during his many hospitalizations, surgeries, clinic visits and sick days. Today, Little Pom had surgery number seven, moving him one step closer to being ready to receive a donor organ he so desperately needs.

Not everything in our life is tragedy however. Make-A-Wish is sending Little Pom and our family on his dream trip at the end of this month- a week on the Nickelodeon Cruise ship. Next week, he’ll get to go to sleep away camp for the first time, at a site run by the National Kidney Foundation and staffed by his very own doctors and nurses.

My little guy has been so touched by the outpouring of love and support these two organizations have shown him that he came up with the idea of doing a lemonade stand to raise money for the NKF, so that they can fund research that might one day provide a cure for the condition that caused the damage to his kidneys and to raise awareness of the need for organ donors, by offering his customers the chance to sign a donor card right there and then. I am so proud of his willingness to engage in his little act of Tikkun Olam, reaching out to the community through his lemonade stand and taking a proactive step to support his own eventual cure. Even in the midst of fear and stress, pain and poverty, our family is richly blessed.

You might be asking yourself, “this is all well and good, but what the heck does it have to do with Heshy’s blog?” Because I wrote to him to ask if he would take a moment to remind his readers that each of you carry within yourself at least one mitzvah in life, and up to eight mitzvahs at the end of life. We have been taught that to save one life is to save the world. Organ donation, both as a living donor (through the sharing of a kidney, blood or bone marrow) and later, when we no longer need our organs, is the greatest mitzvah any Jew can perform. There are hundreds of thousands of families like mine, children like Little Pom, who desperately need a donor. Many of those critically ill family members will die before a donor organ becomes available.

Please, if you have not yet taken the time to do so, register yourself as an organ donor. You can do so online at www.organdonor.gov or the next time you renew your drivers license. Be sure you speak to your family about your decision, so that they are aware of your wishes. This is especially true if you’ve signed a donor card, but never formally placed yourself on the donor registry. If you do not formalize your decision, your family has the authority to override your decision to donate if ever you were unable to communicate your wishes. Finally, please consider becoming a living donor. Giving blood is easy. Bone marrow is almost as simple; you can add yourself to the bone marrow registry and they will match you up with someone who desperately needs the gift of life. Finally, while it seems a bit overwhelming, consider becoming a living kidney donor. You can learn more about what this involves (and the Jewish perspective on living donation) through www.kidneymitzvah.com.

Every Shabbat, my son’s face shines when he hears his name read before the Mi Sheberach. Knowing that others are praying for him is a tremendous comfort for all of us. As he continues to sell lemonade to raise money for the National Kidney Foundation, I take comfort in the knowledge that HaShem has a plan for our lives and that no child suffers in vain. Perhaps, his little mitzvah will become the start of something great, something that results in a cure for Little Pom and children like him. They tell us today that once someone is diagnosed as being in End-Stage Renal Failure, they are always considered to be such, even after transplant. This is why Little Pom will never be able to fulfill his dream of following his Iraq Veteran Daddy’s footsteps and serving in the military. I don’t believe that. I truly believe, in my heart of hearts, that HaShem can cure Little Pom. I am absolutely confident that the life he leads now is NOT his future. And I am just as confident that this future will come into being through the prayers of our Jewish community and the mitzvah of organ donation. Thanks for taking the time to read this. If you’d like to learn more about Little Pom, his medical condition, or how to be an organ donor, feel free to visit our website www.kidneykid.com.