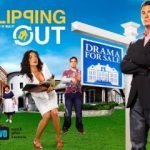 By far my favorite activity to do in Jerusalem is people watch, and my favorite people to watch are Baal Teshuvas. For many BT’s it is their first taste of Judaism and the place in which they ultimately drink the punch. Maybe they joined our cult back in the states at a college Hillel or Chabad, but Israel gives them a chance to let their true BT colors fly, and picking them out of a crowd of completely secular Birthright kids is one amazing sight.

I was sitting in the old city on my first night in Israel dealing with internet business when this group of very Waspy looking kids passed, some sort of rich kids tour might I add, one of the kids was staning out because he was the only one with a yarmulke and long tzitzis featuring the classic hippie style ticheles, I thought we have no idea what the chilazon is anyway.

Then later on at a random Maariv at the kotel, I heard this kid in the deepest most southern accent ever screaming the answers to the Kadesh, his Amens sounded like he attended Baptist church his whole life and he made sure to take longer responding to everything, so that he was the last man standing. I think they see the holiest yeshivish people do this and copy.

The kotel for some reason his home to some of the slowest and fastest shucklers in the world. Most people at the kotel are slow shucklers, I myself get very choked up on random occasions and find myself immobile, even though I am always observing I believe in the awesome power of this pile of stones.

I have noticed that yeshivish people tend to stand still, Chassidim tend to shuckel really fast forward aft, or lean their heads in their hands to repent for all their sins. Modern orthodox, do the regular speed shuckel – but BT’s are quite violent with theirs, I have seen more then one forget their position and bump their hesad into the kotel itself, I have also seen innocent bystanders taken out as they actually took three full steps back and bowed like they had just ended a performance.

You will never see a fresh off the Boat BT in Israel wearing a regular old Yarmulke, they tend to think that the bigger the better. So you have these guys with white shirts rucked into black jeans,m tzitzis swaying around and this huge white nanach yarmulke, or carlebachian style or even a big settler knit. If they go to Aish or Ohr Someyach they favor the enormous soup bowl style black velvet, the really stiff ones.

Flaming BT’s in Israel and other places, but in Israel they are usually in full out BT form , also love to spread disease through kissing your hand after they shake it, usually in a real hand shake manner – once they become frum they tend to give you the dead fish. They also love saying the word “beautiful” with regards to everything and everyone.