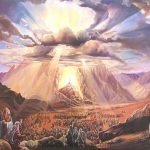 This past Sunday I drove straight from Toronto to New York, Under normal circumstances I wouldn’t do something like this, its not that it’s a long drive, its more that I don’t drive straight and opt for back roads and stopping at anything interesting from summer music to garage sales. I also frequently stop to ride my bike, walk on abandoned railroad tracks or go for a hike. It was only because there was a wedding I wanted to crash that I knew would have a bunch of guys who used to go to Yeshiva with me in Rochester that I wanted to see.

All was going great, I spent half a day on shuffle, had the opportunity to drive without a shirt and spent some quality time with the Grateful Dead and Neil Young, it all came to a crash when I found out the wedding was set to start at 6pm and I was stuck in stop and go traffic on the west side highway at 6:30pm. I was missing the shmorg and I was pissed.

I started debating whether I should just park and go for a ride, it was that time of day when the light starts slanting and orange fills everything. It also seemed that everyone was outside on their bikes or running down the bike path.

I wasn’t invited to the wedding so since I missed the shmorg I feared that I wouldn’t get fed, for someone like me it’s a big dilemma, but since I had driven all this way I would not give up, I did give in and hop onto the battery tunnel instead of the bridge – its psychologically faster but not worth the 5 bucks in my opinion, but I was starving.

I got to the wedding at 7:30 and had to change out of my shorts and t-shirt into my pants and shirt under the train tracks of McDonald Avenue in the middle of Boro Park. I walked into the wedding during the chupa and passed by the sushi table that was being made, I had missed the shmorg but at least I had the opportunity for some sushi.

There are certain times in life when you feel not only that God exists, but that he actually likes you and cares about you. Times like when a cop puts on his sirens behind you and passes you to pull the next guy over – amazing feelings like that are rare, but I got this feeling at the wedding.

The chossons brother gave me a hug and informed me that there was no shmorg, great news in itself – because missing a pimp shmorg is like not going to the party and being told that it had tons of hot eligible girls. Not having a shmorg at a wedding that you thought had a shmorg but you missed it was like a Godsend. But than God smiled down on me and took it one step further, no I didn’t get laid, but I learned that instead of assigned seating, this wedding would have open seating and a big buffet – oh was God smiling down on me and I was smiling back.

26 comments for “Does God ever really hook you up?”