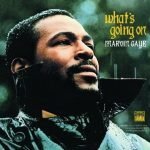 Where the hell are we is all I can think about during kedusha for musaf. I know it by heart, but once we get to the end I am lost. This year I just laughed about it, seems that I’m not the only one that is lost, seems like everyone can feel my pain.

Seems that after all the main stuff right around Yimloch in musaf kedusha is where it gets hairy. You see, some people do Ubedivrei, and some people do Ader Adireinu, and no one really knows what’s supposed to happen. Even if you know what to do, it seems that I am not alone when I say that no one knows when you could sit down, is it after Yimloch or Ader Adireinu, or do you wait until the dude up front starts the new bracha.

Then I started thinking about all the other complicated parts of davening when the question, where the hell are we, pops into my head. The number one most confusing part of davening is Hoshanos. Don’t even get me started on hoshana rabba, that is hell for the slow davener – but lets get back to hoshanos. After the main section does anyone really know where we are? I always just pick something and say it until the leader of the pack starts up his chanting again.

How about the first response answering section during Hallel? All those Hodu’s and Yomar Nuhs, I could never figure out what exactly your supposed to answer. I hear lots of people just answering Hodu to each of the stanzas, but then sometimes I hear the person saying the actual stanza. Then on succos when you try to match up your lulav shakes with all the Hodus and other responsive stuff it just drives me nuts because a lot of the time the words don’t match to the shakes – so you run out of words but you have more shakes, or you run out of shakes and have more words, or you have to stretch the words to encompass more shakes and that never feels right.

Avinu Malkeinu is another confusing part of davening for me, why cant Artscroll just tell you where the silent one’s end and the Chazzan kicks in, how the hell am I supposed to know where to stop and let the chazzan bust in? Usually I am rushing to finish up so I can join the chazzan and all of the sudden he shuts it off and we are back in silent mode.

Slichos may rival hoshanos as the most confusing part of davening, if you have one of those skip to your own ending slichos pamphlets that you have to keep going back to Vayavar Al Panav then its even worse. I was always told that all those things you say multiple times were the core of slichos, so once I would get in my groove with all the regular stuff I would find myself being shuffled along and trying to figure out if it was more important to skip around or stay where I was.

← I learned Gemara on shavuos night and it rocked
Where have all the boxers gone? →

17 comments for “Confusing parts of davening”