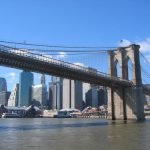 Its hard of me to believe or admit it, but just over a month ago I moved to New York. I have sworn for years that I would never move to New York, this has been my longest stretch in New York since my summer before college, and it feels really weird to be living in a place I despise so much. But all is not lost, I have figured out some ways to make the most of my stay.

I moved back to New York over going to the Bay Area for one reason alone, good job! I was about to leave Colorado for the San Francisco area and a company I did some internet work for asked me if I would come to New York for a few weeks to help them build their sales team, I really didn’t want to, but the holes in my pockets and looming bills forced me to reconsider, I figured it would only be a few weeks, but have since decided to stay a bit longer.

When I moved to New York the only logical place to live was at my dads in Far Rockaway, take my hate for the New York metro area and multiply it by 5 when talking about Far Rockaway, I don’t hate Far Rockaway for Jewish reasons, its not a bad place if you like New York and want to live cheaply, but for someone who is into arts and culture and likes to do anything outdoorsy or walk to the grocery store or park, it’s a terrible place. I describe it as the horrors of Queens, without the convenience of mass transit. There is really only one way out and it is one of the roughest roads in New York.

So I moved in with my dad and his new family (which I really want to rant about but will refrain from doing so) and I commute daily to Bay Ridge. It’s really not that bad, you kind of get used to rush hour after a while, I am at the point that when there is no traffic I wonder what is wrong, I am actually scared. The Belt always has traffic during my times and I find things to do in the car, like watch the kite surfers or see how far I can go in neutral.

The hardest thing about living in New York is my outdoors lifestyle. New York and the outdoors don’t mesh at all. Yes, you can ride around Central or Prospect parks until you dehydrate, but its just not the same. Of all the places I have lived Monsey, believe it or not provided the best outdoors opportunities. Just to get out of New York after work takes an hour so you really have to be hardcore and addicted to do some outdoors stuff on a weekday night.

Luckily for me, I have good bargaining power; I told my office I would never come in on a Friday and in order to keep me in good working condition I also told them I would be taking random trips to recharge my outdoors batteries. Ever since I have been in New York I have not stayed one weekend, every Thursday I drive upstate or somewhere rural and come back Monday morning for work. Last week I decided to test out how long it would take me to get upstate during rush hour to mountain bike, an hour and 45 minutes wasn’t too bad. I am also planning on doing weeknight overnights into Harriman and coming out the next day for work, I did it when I lived in Monsey – but now I am feinding the woods even more.

Besides for exiting the NY area for weekends, I try to stay in Far Rockaway as little as possible. Every night after work, I either ride laps around Prospect Park or ride over the bridge into the city, or go paddle my kayak around the Rockaway beach area. I try to sleep at different places in Far Rockaway or the city in order to stay away from the suckiness of Far Rockaway.

Living in New York has its perks though, I am doing some great networking and did 3 shows that I wouldn’t have done if I were out west. One could also say that its better for my social life, but in fact its much worse. I have shunned socializing in favor of trying to use my spare time for outdoors activities and have not been on a date since I have been living in New York. I would even argue that living out of town was better for my social life (although I am getting away from the whole shidduch dating thing) because I had more time and people thought of me more. For some reason I have been having quite a few ladies making advances over email or facebook but none of them are really my type, think you are my type? Well drop me a line, and we’ll go for a walk in the park or something.

My best writing took place when I lived in Albany, this is because I write better when I’m removed from the situations and people I am writing about, having a job as mashgiach with loads of time on my hands.

There are other good things about New York, seeing random fans in the street is flattering and having fans take me out to eat is even more flattering (you can take me out any time) I appreciate the woods even more than I used to because I’m in the concrete jungle all of the time. I also discovered that I don’t hate Brooklyn, in fact I could see myself living for a little while in Park Slope, Prospect Heights, Brooklyn Heights or Carroll Gardens – I guess I hated Brooklyn so much because the traditional Jewish parts of Brooklyn are so ugly and devoid of culture (save for Williamsburg which has culture but is damned ugly and congested) that I judged the whole Borough based on Flatbush mostly. I also see the brilliance of Manhattan now and miss having a place to stay on the West Side immensely.

I have no idea how long I will be in New York, but as of now I am actually enjoying my job, getting paid pretty well and networking and trying to push my blogging/comedy career. I have some cool stuff coming up that should take me to the next level, but who knows what will happen.

← I davened with a reform minyan and loved it!
Are you a self appointed mussar giver? →