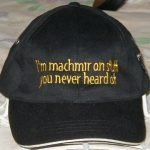 This week’s Chumra: From the Facebook chumra of the week club

It is common knowledge that woman are not obliged in mitzvoth/h/s Asei She’hazma/on Gramah/oh (Time bound +ive), this concept however takes on a dual dimension regarding Sfirat/ss ha”omer since not only is it time bound, but it also includes the forbidden fruit of arithmetic.

The Shulchan Aruch/oruchk rules that a woman who chooses to perform a Mitva/oh from which she is exempt cannot recite the Beracha. Since she is not included under the obligation, she cannot recite the text, “Asher Kideshanu Be’misvot(S)av Ve’tsivanu”

In the case of Sefirat/ss Ha’omer, however, a number of authorities ruled that a woman should not even count the Omer without a Beracha, because according to Kabbalistic teaching this Mitzva/oh has no relevance to women. This is the ruling of the Ben Ish Hai (Rav Pe’alim), and of the Kaf Ha’chaim/choyihm

However in consultation with COW’s resident authorized, certified, triple bedatz Gadol and with the help of shruyat/s ha”shkinah which rests upon him we came to realization that there is a far simpler reason to forbid woman from counting the omer…it involves math!

This obviously is not a chidush since the mishna brura also brings down this point however no one manages to codify the heinous problem of woman counting above 7.

As we have seen in or generation where the face of the generation is like the face of a dachshund that bnot/s yisrael/oel require safeguards which previous generations couldn’t have dreamt of.

As Torah True Jews (TTJ’s) it is incumbent upon us to safeguard our woman and ensure they are protected from the vagaries of society by ensuring they remain illiterate (hechsherim can be recognized by design) and numerically competent to braid challah and nothing else.

If we are unable to protect our precious nashei chayil there is no telling to what debased levels they may degenerate, lo aleinu there are many TTJ’s who have seen their sheina maidellas stray as far as paint by numbers (R”L)

← The Wedding Post
I davened with a reform minyan and loved it! →

27 comments for “Chumra of the week: women shouldn’t learn math”