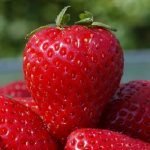 Is it just me who sees the irony in this news title?

I guess the only thing funnier than bans, is when someone tries to reconcile the ban. Can you imagine someone now saying that Indian Hair sheitles are kosher? Would that allow for a class action lawsuit aginst those Rabbonim that allowed for the massive wig burnings that insued after the ban was issued.

Maybe they could make a Charedi Erin Bronkovich movie from the case.

I like how the Rabbis never actually admit they were wrong, its always some sort of epiphany they came to, like we found there to be no bugs, or we found that we couldn’t make any money on our bodek investment so we decided to make everyone’s lives a bit easier.

← Give me your feedback: comments and complaints
Restaurants can have hashkafic levels too →

32 comments for “Its official: Strawberries are kosher”