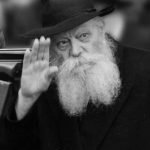 I have always wondered about the Meshichists (messianic chabad movement that believes the Rebbe is the messiah) as many of us have. Chabad is infamous because of it and I have heard many people say outright that they wouldn’t have anything to with chabad because of it. I have even heard some folks say that Lubavitch is the closest thing to Judaism we have – I take offense to all this – being a big fan of chabad and understand their pain, since most of them are not of this belief (just because they are addicted to their rebbe – doesn’t mean they all believe he is the moshiach). An article today on Vos Iz Neias is likely to be filled with hateful comments – one must wonder how long the friendly attitude of the non-chabad world lasted after the terrorist attacks of Mumbai – the article is about this Rabbi who takes an open stand against Meshichists in his book in which he calls them Apikorsim.

Are people who believe in the Rebbe being moshiach really Apikorsim?

I always thought that to be a true apikores you had to know all of torah and then go against it, what about all the folks who just believe because their parents believe? Does this Rabbi Menashe Klein really think that everyone of this movement is brilliant enough in torah and be going against it?

My other issue is this: No one has ever actually been able to tell me if believing a dead person is the moshiach is against halacha. I have a couple of meshichist acquaintances and although they insist I get hammered via fabrengin before they tell me the reasons – they tell me their is halachic and scripture based backing to their decision (I have learned that anything can be backed up if you skew translations or ideas) but no one has ever actually told me that its against the torah.

I have heard all the arguments against believing the rebbe is the moshiach – which are all tirades which end up being anti-chabad as a whole and never really informed. I was at the Rebbes funeral, but one meshichist told me that they switched the bodies and that Charlie buttons is Eliyahu and that the Rebbe is hiding out in 770 somewhere – I should note that this Rabbi was kicked out of chabad and practices witchcraft and abuses drugs, so maybe he wasn’t the best person to talk about this sort of thing.

I have heard the flipside from a chabad Rabbi wishing not to be mentioned – he said that chabad is a cult (hew was born into it) and that 99% of chabadnicks believe in the rebbe being the moshiach in some way they just don’t admit it (I doubt this) and his superiors hate him for it because he is a freaking shliach with dissenting opinions.

I myself would never become chabad just because I personally don’t believe in being part of one group, I don’t agree with any one group that much – I just think chabad does the best job at what they do – yes there are problems such as the one listed above – or is it really a problem?

I wonder if anyone will take the meshichist friendly side?

Please try to keep this sane – don’t be hateful – be smart!

← El-Al to have gay flights
Sefiras Haomer heterim and chumras →

253 comments for “Are folks who believe the Rebbe is the moshiach really Apikorsim?”