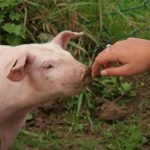 Israeli Health Minister Yakov Litzman has been updating a nervous public on the swine flu epidemic – and he started by renaming it for religious reasons.

“We will call it Mexican flu. We won’t call it swine flu,” said Mr Litzman, who belongs to the ultra-religious United Torah Judaism party.

Israel has yet to confirm a case of the flu which has claimed 100 lives. Read the rest of the article on the BBC website

I myself have been weary about all the talk of the swine flu, I have yet to believe that all this fuss is necessary for the general population or just keeps newspapers with something to write about, and TV stations with fodder to broadcast about. I guess my conspiracy theory side is raging because 100 people died and all of the sudden the NYPD is wearing masks and people are being put in this uncalled for state of fear.

I am discounting those that have died, but it just doesn’t seem like a big deal they are making it. I am excited that the Israelis have renamed the disease, thats funny!!!

← I love Flaming BT’s
One of the funniest Chassidic videos ever!!! →