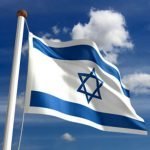 The best thing about forgetting Yom Haatzmaut is that if you miss Hallel its really not such a big deal. I never really understood how people who don’t even daven on a regular basis would preach the Hallel thing and they wouldn’t even daven – either way I am neutral on the subject.

When I was in Cleveland in February I stayed by this yeshivish family in Cleveland Heights and I mentioned that I could make fun of people who say Hallel on Yom Haatzmaut – and the little kid kept saying Yom Haatzmis – it sounded like Christmas actually and that was the first time I heard anyone refer to it as that.

The reason why I forgot was simple, I went to a yeshiva that was anti-Yom Haatzmaut, never could figure out why, its a damned important day – but that has instilled me with a nonchalant view of the whole situation. Don’t get me wrong, I myself really don’t have any qualms about hallel on Yom Haatzmaut – in my mind if people want to daven more great, better for everyone all around. Chassidim take it on their own not to say tachnun on random days so why not let the Jews say something extra.

If I forget thee,
They say I will grow left handed.
I am not ambidextrous,
So I must
Remember all of you (and I do).

I had thought that buses could only hold
A finite number,
But there will always be space
For a policeman to stand
Next to me on the ’18’
Wearing aftershave and insignia
As his rifle brushes my thigh
At each turn
Through Rechov Yafo.

There is a cold afflicting me,
And I buy some oranges from
The produce-seller, ignoring the screams of
Poor bargainers and rich beggars.
If you aren’t used to pushing,
The shuk is no place for you.
There is always shoving past people
And prices and time.

Jerusalem is bipolar,
Steamy and shivering in one cycle.
My arms wrapped around my warrior’s neck in the hot sun,
His lips touching mine and an M-16
Between us. Later I
Lay myself down among Judean trees and earth,
Cold and shaking beneath him.

Everyone is a righteous man,
And the sinners buy wine on Fridays
Like the saints. I see polo shirts
Caressing long black coats, and
Two galaxies are bridged
For an instant.

These things cannot have happened
Here,
And I am only-right handed.
So there is no forgetting you,
Not in the Jerusalem
Of my mind.