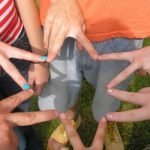 If people are from the yeshiva community why are they called Yeshivish, it really makes no sense, you would think modern people with black hats would be called yeshivish, because they weren’t all out yeshiva – but they were a little right of modern and hence could get away with being Yeshiv-ish – but not quite yeshiva.

I understand the term Goyishe, that makes sense, its not really that bad but its secular infused and therefore not totally kosher, so they add the “ish”.

The newest thing to get the “ish” treatment is Jewish – many folks who are Jewish but not really orthodox will write they are “Jew-ish” as if to say they are semi-Jewish but not practicing.

49 comments for “How did “ish” make it into Yeshivish?”