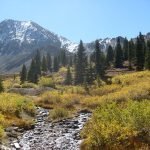 I bet some of you folks are wondering where my 3-4 post daily regimen went and I’ll tell you exactly why I have been slacking on blog upkeep. Most of it isn’t that interesting – 3 weeks ago I moved out of Dallas and since then was in New Mexico and Colorado – my stay in Colorado was cut short by a job offer in New York, which caused me to leave Colorado on Monday night after attending one of the countries largest 420 celebrations in Boulder, Colorado.

My buddy in Denver is one of the last people alive not to have internet in their house and hence the one bar internet connection was quite poor when it came to doing pretty much anything. So now I will be in New York for several weeks working in an office in Brooklyn which says they need to load a bunch of programs for me to do telecommute work – as to where I will be living, I have several free options including Portland, Baltimore, Monsey and the Bay area in California.

On my drive over from Colorado someone got me a private gig in Borough Park for next week and a possible singles event on the upper west side, will keep you posted and hopefully within the next couple days I will be up to speed with delivering you loads of goodies.

I am looking for a an experienced web designer to completely overhaul my site and take it to the next level. When my site gets the redo, I will be asking you to tell me what works and what doesn’t. Some ideas I want to incorporate into the new site are as follows.

A forum to discuss what I write and anything at all – and unlike Yeshiva World News and Hashkafa.com I won’t act as Stalin. I also want to have a place for people to submit their ideas, suggestions or posts. I would like to also allow people to crate their own domains or blogs within my blog so they can update whenever they want and Frum Satire readers can read other fans material and ideas (I this is a stretch – but I think it would be super cool) I would also like to create a way so that on the new site I can have official contributors and editors so it takes the site beyond blogging into a full fledged online community of which I think it could be.

I basically want to take this here blog and make it into an online magazine style of a site.