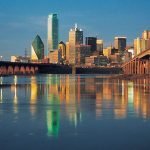 Dallas has 6 kosher restaurants plus 2 grocery stores with kosher bakeries, sushi and deli counters. The food is not fancy in Dallas, but its sufficient and I was surprised by how many kosher restaurants they had and how good they were. I have eaten in all of them besides for Esther’s Steakhouse which is supposedly very good and moderate, but not moderate enough for me, unless next time I get to Dallas someone wants to take me out there. I actually left Dallas just this past Thursday for Denver which I will be calling home for the next few months, while I figure out the next step of my life.

Milk and Honey:
Milk and Honey is by far my favorite place to eat, its cheap, fast and their menu is small enough to allow someone indecisive like me to make a quick decision. Milk and Honey is Israeli owned and operated and it seems like all these ex-Mosad guys hang out there and talk in Hebrew. It is half deli half Israeli store that sells wafers and those juices with high sugar content that claim to be grapefruit.

For $5 I get a falafel with fries, its a good deal and they make amazing falafel and their pita is homemade as well. I am a big fan of their falafel as well as their schnitzel $8 and their shawarma $9 – all of these things come with fries and the only downside is that during lunch there are usually a whole slew of Israeli dudes in leather jackets smoking outside waiting for shawarma. It should also be noted that while they say they are open until 8pm they really close the grill at 7:30pm.

Cafe Fino:
Cafe Fino was the first restaurant I ate in when I came to Dallas, mostly because its open the latest, until 9pm. Cafe Fino has a very diverse menu featuring pizza, pasta and fish and its a relaxed open space to come and hang out with friends while watching the game. It is a bit pricey though and being a pizza store I think its a shame because I would eat there more often if not for the prices.

I especially like the Fino Fries which are their fries which are very good and have the skins on them, covered in gravy and melted cheese. I also like the medium pizza which is pricey at $14 but I am a fan of their pizza dough which is thick and doughy. Many people from the yeshiva complained to me about this factor and I recently found out that Cafe Finos low carb pizza is merely thinner and crunchier. New Yorkers in general are a bit snobby about their pizza, but I have found that out of town pizza shops tend to have thicker pizza than most New York establishments.

I have had their eggplant Parmesan sub with fries which at $9 is a decent meal and their French onion soup was decent, but could have used some more croûtons and cheese. Overall a nice place with lots of room. On Saturday nights its somewhat of a hangout for the local Bais Yaakov and Chofetz Chaim boys – but it is never very rowdy and since Dallas is one of those non-cohesive communities its not one of those places that people come to see who’s there.

The big downside to Cafe Fino is that everything is made to order, freshness is great, but if your in a rush you can expect a fairly long wait for anything besides pizza and I do not recommend buying individual slices, whole pizzas taste much better at Finos.

Natalies Kitchen:
I ate at Natalies twice and both times the food was excellent. The problem was the service, the first time I ate there I ordered a small steak which came with a side of fries and salad, I also asked for a pita bread with a small thing of humus. Turns out they didnt have the steak in the size I ordered so they bumped me up to the larger size without asking costing me $8 more then I really wanted to pay, I had also asked him if I could have half rice and half fries since you never know what kind of fries these places will have. I have become accustomed to horrible fries at kosher restaurants. When I went to pay for my order I shocked at the price, they had charged me extra for the rice (which I disputed and they were nice about) but when I saw the price for the small plate of humus and one pita I tried to refrain from shock, they had charged something like $4 and the humus sucked, it really did.

The next time I went to Natalies I ordered out a falafel and it was very good, but the atmosphere at Milk and Honey with all the loud Israelis and chabadnicks trying to preach is so much better as is the fresh pita they make.

Madras Pavilion:
In Dallas we have a real kosher Indian place, its not like those Indian restaurants in New York with ghetto hashgachas from people who don’t exist. Madras Pavilion is actually under the Vaad of Dallas and its vegetarian. On top of this they have an all you can eat lunch buffet, every day for just $10.

Madras Pavilion is one of those places you go to and wonder how on earth it became kosher, there is a big Buddha when you enter and Indian music is on the stereo, and guess what? Almost everyone who eats there is Indian, I kind of feel like I am invading their private space but it is also really cool, kind of like when non-Jews go to kosher places.

I only go to Madras Pavilion for the lunch buffet and I always end up burning my mouth on the spice and cooling down with all the crazy breads they have there. The only problem with Madras is that Dallas tap water sucks and I never buy drinks when I eat out.

Cafe Carmel:
I have eaten at Cafe Carmel once – I ordered a pizza and it was good, the problem was that it took a long time because it was made from scratch (another downside of out of town pizza stores) and it was too small. The crust was so thick it took up half the room. Cafe Carmel is kind of tucked away and unnoticeable – they sell challah which I tasted this shabbos and people liked it but I didn’t understand why. Its a small cozy place and there is Israeli news up on the TV all the time.

Tom Thumbs:
There are two “kosher” Tom Thumb grocery stores in Dallas, one in the north and one in the south. The whole store is not kosher, but a good portion of the fresh goods are – the first time I came to Tom Thumb I fipped out because it was like a dream.

The kosher deli is basic with a few salads and meats, but they have the most amazing fried chicken I have ever had, a guy from the yeshiva in Dallas gave me the heads up on the chicken as well as them marking down the meat when it gets near the expiration date.

The fried chicken is the best deal in the whole of Dallas, any large piece is $2.19 – two breast for under five bucks and its always amazing. They also have some kugels and eggrolls and that sort of thing. They also have sushi made fresh daily and the sushi is cheap and quite good. They don’t have too much of it, but for $6 you can get yourself a salmon roll that is larger then they give you in NY.

The bakery at Tom Thumbs is amazing, every baked good in the store is kosher, not cholov yisroel, but they do have parve baked goods like the homemade breads and focacias. The danishes are amazing and just $1.20 and the donuts and muffins are also way better then dunkin donuts. The fresh breads are nuts with olive bread and breads with spices and all sorts of goodies for under $3. Its all very impressive if you ask me.

← Self checkout sucks
Kohanim remind me of zombies →