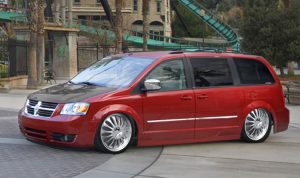 Frummies take on many fads over time, and I have wondered why certain fads were never taken. I always figured that the following fads would proliferate the frum community kind of like the omega 3 fanaticism of the orange juice industry.

Pimp Rims: I always expected the frummies to catch onto their ghetto brethren and start installing 24 inch spinning rims to their Honda odysseys and old school Chevy Caprice wagons, but it never happened. Even the off the derech guys turned mortgage consultant and term life insurance buyers never did the whole rim thing. With all the black shiny Maximas and Lexuses with guys who have permanently affixed bluetooths to their ears I would have definitely thought they would have done the cool rim/annoying muffler combination.

Abercrombie: I know some of you may dispute this, but the sad fact is, that the Abercrombie culture never permeated into the frum community, the modern orthodox community, yes, but many of us can argue that they are as much a part of the secular community as the frum community. Preppy styles in general have taken a back seat to black on black and square framed glasses with weird colors and those really pointy shoes and uggs. Fine we’ll give them uggs which many frum girls own more then one pair of, and we complain about a tuition crisis.

Ska: I am waiting for a frum ska band and I am told by most folks that the wait may be forever, I would doubt many frummies even know what ska is, save for several main stream bands which weren’t even real ska which produced hits during my high schools years. Sublime, No Doubt and MightMight Bostones to name a few didn’t come out with quality ska, yet it was radio friendly and considered to be such. I think frum bands will continue to produce reggae and hip hop since that is deemed as cool, but ska is just some underground reggae infusion that no one knows anyway. Wait, when are we going to have some frum death metal, ok, I know I am asking for too much.

Reality TV: Even the Amish had a reality TV show, where are the frummies at? Seriously I would have thought some sort of Chassidic survivor would have been brought on already where a bunch of Chassidim try to survive on an island without cholent, kishke or hatzolah lights on their minivans. Or maybe a show about charedi teenagers given the choice to get married and have kids or go to college and get laid.

Tight menswear: Unless you happen to be one of the arsim in Israel (who are rarely members of the frum community) you probably do not wear tight clothing nor have ever seen some black hat wearing fellow with pants tight enough to see the lines of his tzitzis poking through his pants.

Sex education: Chosson and Kallah classes just don’t count, how would you feel if you only figured out sex was 3 days before you were expected to go through with the thing? I don’t know, something about kids not even knowing that they aren’t supposed to let their rebbeim touch them must have something to do with some sort of sexual disconnection, although that makes no sense when you think about it because how young do you teach kids of sex.

Antioxidants: Frummies are starting to complain on Vos Iz Neias and Yeshiva World News about the unhealthy eating practices of frum Jews. Well I don’t see a proliferation of organic health nut eateries along the main thoroughfares in Brooklyn, but who knows? I have seen some of the frummy companies getting into whole wheat this and natural that, but I have yet to notice the anti-oxidant craze permeating frum households and products.

I know there are a bunch more…

← How do Jews look?
New Cleaner Theme for Frum Satire →

16 comments for “Fads that frummies haven’t taken on yet”