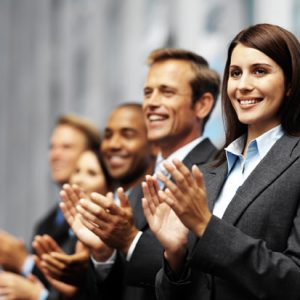 Rafi G from Life in Israel recently wrote about it and its true, orthodox Jews rarely clap at events.

I have been to countless events, simchas, celebrations and never have I heard a good hearty round of applause. I have always wondered if I did start to clap would I be the only one? Or would some other people start clapping with me to make it into one big awkward clap, or will it be just me clapping like a moron.

I think its kind of awkward when after certain speeches no body claps. For instance after a bar or bat mitzvah speech at shul, I think they would feel so much better after a big round of applause. Maybe I am just too progressive but clapping is so much better then a couple of yasher koyachs from the rear of the shul or hall.