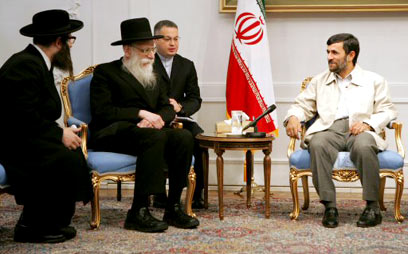 Not a day goes by that my in-boxes are void of some sort of message telling me that I am making a Chillul Hashem (e.g. desecrating God’s name through my comedy). Whether via an angry email, Facebook message, Tweet, or comment on one of my blogs – people seem to be pretty much at ease with telling me that I am making fools out of The Jewish People.

I usually hit said people back with a message asking for specific elucidation backing up their seemingly random claim (rather than simply accepting their hate filled emails claiming that I am an Anti-Semitic hate monger that creates Chillul Hashems). Assuming that they respond to me at all – a rarity in and of itself – I usually receive some half-assed note from them explaining that their “email was typed in a moment of rage.” Upon their self-realization of the fact that their ‘moment of rage’ caused them to judge their fellow Jew without giving their victim the benefit of the doubt (rendering them hypocrites), they usually follow up with explaining that “I am in the public eye and should not be discussing such issues or poking fun at fellow Jews.”

I have been pondering what it is exactly that might constitute the creation of a Chillul Hashem. Is there some sort of continuum demarcating growing levels of provocative invective that,at the breaking point, symbolically flash a red ‘Chillul Hashem’ alert? Can anyone really quantify just what a Chillul Hashem is, or is it completely subjective; i.e. “One persons Chillul Hashem is another persons sense of humor?”

I am pretty sure that most of those claiming that I am a walking Chillul Hashem crafter are those who do not have an ounce of humor present in their mental-constitution. Try telling such people that Jews continue to survive, eons after they should have been wiped off of this earth, through their ability to laugh at themselves. Y’know what you’ll hear back? A non-sequitur that might go something like this: “What you have just claimed is a Chillul Hashem because it denies the very existence of God.”

Relating heretofore unknown cases of sexual abuse within the Orthodox Jewish community to the masses also seems to be high on the list of the ‘Chillul Hashem Label Flingers’. Head over to any of the Ultra-Orthodox “news” sites and take a gander at a story revealing a recent molestation scandal (when the accused is one who dresses in the traditional garb); you’ll notice that many of the comments below the piece attack the fact that the story was reported at all, as publicizing it produces a Chillul Hashem. I know what you are thinking; that the abuser him or herself created the Chillul Hashem, and you’re absolutely right. The Chillul-Hashem-flinging crowd could not possibly come to terms with someone who looks like them doing such horrible atrocities though, and if these evil events are to be written about for all to see, it is somehow not those who committed them who must be desecrating the Jewish people and God, it is those who speak about the perverts and their terrible actions that become those who are desecrating God and His people. How twisted is that?

It seems that everything I write desecrates God’s name, at least according to a certain demographic whom I can only assume are the types that – one may say – have sticks permanently shoved up their asses. As a humorist/satirist/cynic, I have assumed a responsibility to accept these people with open arms; after all, teasing out some of the levity of day-to-day religious life and putting it on display has always pissed off a default segment of my brethren – it’s simply the name of the game.

Humor is kind of like the news, it’s rarely positive. When it is, it’s frankly not that interesting. My humor is not informed from a personally negative perspective, but when people read it, they are free to mold it into any which way that they desire.

108 comments for “What is a Chillul Hashem?”