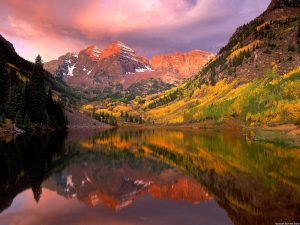 Birchat Hachama for those who don’t know is the pagan – turned Jewish tradition of blessing the sun, and its being made a big deal of mostly because of the rapidly increasing wholes in the ozone layer which have many environmental groups mad at the Jews for blessing the sun which is bound to fry us like eggs on asphalt if we stop taking the sun for granted and start using it to power our crock pots and minivans.

The first time I heard of Birchat Hachama was last year when my old mentioned something about how he remembers the last time they did it, he made it sound like this grand and glorious event, where people gathered around for a daytime kiddush levana-type of event and stared up at the sun and said some ridiculously long prayer in unison as everyone wished shalom aleichem to each other.

I figured Birchat Hachama was once every 28 years so its probably not even in the siddur, purposefully done by artscroll so it could sell something like a Birchas Hachammah bencher or guidebook as to what exactly the prayers were the laws surrounding them. I figured there would also be T-shirts that said “I survived Birchat Hachama and all I got was this T-shirt” and with all the hubbub surrounding the event by irreligious Jews who used it as a rallying cry for us to spend money on solar hot water heaters and trade in our gas guzzlers for hybrids, I figured it would be huge.

But then I discovered today that the bracha we make for the blessing of the sun is merely the same bracha which is said countless times a week by me and anyone else who appreciates God’s awesomeness. You see folks, its not some crazy blessing that requires you to say some really hard to read paragraph with really long Aramaic words 7 times before you get the bracha, and it is merely a very short bracha ending in “Ose Maasa Bereshis” which leads me to wonder how they can make such a short prayer into a whole event. I have been thinking that if it were to strike lightning at the point of birchas hachamah you may be screwed, it just wouldn’t be that special. I guess I just wish it had its own unique blessing rather then one used all the time for beautiful sights.

I was told today that the last time Birchat Hachamah was said on erev pesach was when we left Egypt with Charelton Heston, didn’t seem like so long ago, but seriously that’s pretty cool and this years Birchat Hachama is the last time it will occur until 2037, which if any of the futuristic films of Hollywood predicted right we should all be dead, frozen or unable to have children – so get your kicks in now.

I guess this means that there will be some good Birchat Hachama parties, I do wonder what will go down, I hope this is not some apocalyptic event, because I was kind of looking forward to Pesach in Colorado.

← How many text messages do you send per month?
Modern day dilemmas that come while wearing Tzitzit →