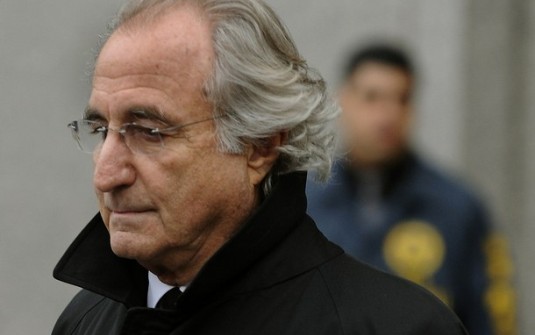 One of my Facebook friends and I had a small chat yesterday about how come I rejected the friend request sent to me by Bernie Madoff. I thought it was quite obvious, and spoke my opinion clearly stating that I have no business being friends with someone openly evil who hurt so many peoples lives and ruined countless charitable organizations. (probably caused some suicides as well)

Maybe wrongfully so, but I brought up that I wouldn’t accept Hitler or Pol Pot as a friend either, and although Bernie Madoff cannot be put on the same scale as those responsible for genocide, it bugs me that a group of Jewish guys would make a profile for such a villain, its really not funny at all, and while I am all for freedom of speech, I just don’t understand who in their right mind would try and laugh at other peoples sadness.

I know that some of the frummies take the view of “well none of the organizations or people who lost money were as frum as us” I highly doubt that is true but have heard from more then one person that they think it may good that non-religious Jewish organizations lost money (these are the types that think YU is irreligious by the way) I highly doubt that any of these people would agree that taking the issue so lightly as to make a Facebook profile, essentially honoring the man – is funny.

Am I completely missing the boat here, do I not have a sense of humor, or am I on to something.

← The Best Purim Costume Ever
What would you do for your rabbi? →