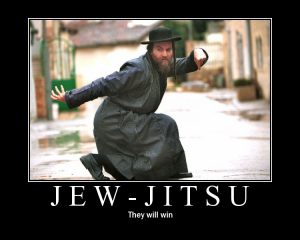 As I watched the poor unknowing guy standing with his feet apart trying to bounce correctly for kedusha while holding his siddur awkwardly I realized that Jews have a lot of different body maneuvers. In my crazy mind I came up with a whole slew of maneuvers that you have to know in order to fit into frumkeit. Kind of like like wearing brand new tzitzis and having your tefilin boxes flip over due to the non tightness of your tying job – we can all judge people based on their faulty Jewish maneuvers spotting a walk-in Jew, driver or someone who hasn’t drank the punch yet (my roommates way of referencing new BT’s)

I have written about all of these things at one time or another but never together.The correct and false way to do these maneuvers:

Why is it that people can do almost everything right besides stand with their feet together during shmona esray, in my day school that was how you picked out the kids from non-religious homes, the ones that stood with their feet apart. Plus standing with your feet apart messes with your knee bows, you know the bows that you do when not saying modiim? Knee bows are awkward when your knees aren’t together.

I can spot a newbie from a mile away based on their extended bows. I always wonder how some people still have a spinal cord after bowing for modiim all the way down and whipping back up with such force. The best is watching people who have no idea what they are doing bowing at the first bracha of shmona esray, its either really fast or really slow – for all the regulars its a happy medium unless you are fresh out of yeshiva in Israel in which case it is really slow complete with some fists pounding the air.

Does anyone even know what to do during boray mirei haesh? Some people show their nails to the light (I heard it was because Adam was made of nails) some people wave their hands, some people like to see how close they could get to the flame without burning themselves – always the whacky BT’s.

Whats the deal with trying to resuscitate your dying heart by beating it to death. Calm down people, what you think that clopping loud enough will remind people to say morid hatal? Everyone has a different clop, but the beaters are by far the best.

You can always spot a BT because they haven’t yet figured out how to use their finger as a bookmark for their siddur so they always look awkward when walking anywhere with the open siddur.

Kadesh is supposed to be done in one place:

Theres this shul in Dallas with loads of BT’s, it is custom for them to all congregate at the bimah to say kadesh, theres this one guy who walks to the bimah while saying kadesh and its hilarious.

Once again as with every other prayer that needs to be said with knees together, kedusha is one of those prayers that you can use to point out all the BT’s in shul, I especially like watching how they take to the kedusha bounce – because everyone does it a different way.

Even I am not good at the talis whip, mine never stays on and always becomes lopsided – but I never wear it as a scarf. People, the talis is not a scarf, are scarf talesim even kosher? I love when people put on the huge talesim and it ends up looking like a scarf/cape. I love watching BT’s handle talesim its a great sight.

Why do we even give hagba to BT’s? Maybe the whole fasting thing is BS. Just the other day this guy picked up the torah and it was criss crossed and then he had no idea what to do with it once it was up – finally someone showed him to the bench.

Oy no one knows how to do gelila, but BT’s are kings of never tying the torah tight enough so someone always has to help them out with.

There really is no correct way to shake if you judge by watching anyone, and in this category BT’s fit right in because they just watch everyone else, except no one knows whats flying so its all good.

Messing with BT’s during the holidays

How to be a flaming BT

← Carlos and Gabby’s Restaurant Review
How to shuckel yeshivish style →