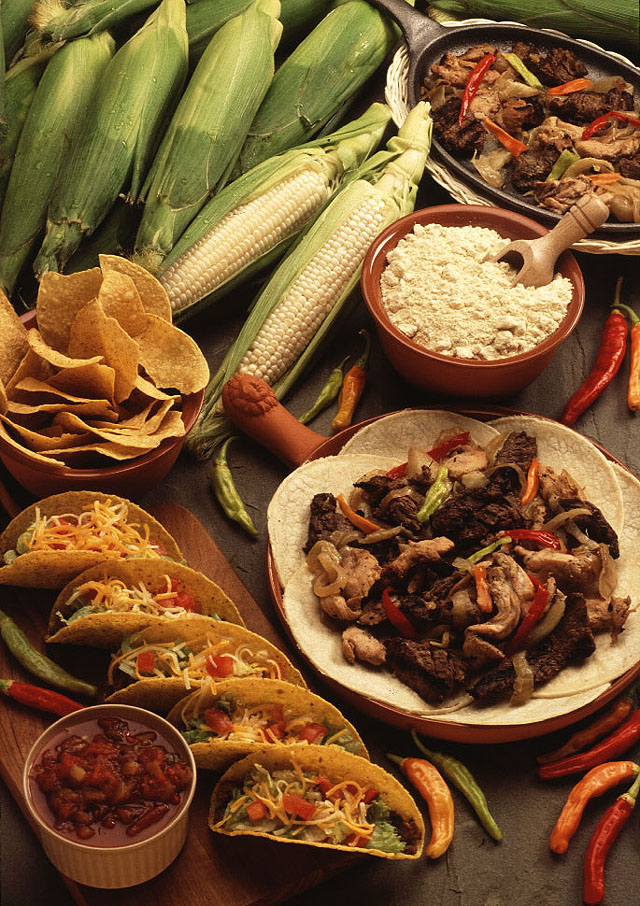 Carlos and Gabby’s is my new favorite restaurant, and as of yet the only redeeming quality that I can find in the five towns or Far Rockaway area. Carlos and Gabby’s provides something that I crave, fast incredible food at low prices without having to give a tip to a waiter.

Carlos and Gabby’s is supposed to be a Mexican restaurant, if you walked in and didn’t know this, you would have thought it to be like any other fast food grill. They have some Mexican food, but this place is definitely not Mexican by any stretch of the imagination. The free tortilla chips that are fried to high hell are good, if oily chips are your thing, and they are mighty crunchy, but when I first saw the blue and red chips that are obviously dyed all I could think was WTF, and Jerry Garcia would be proud.

The portions at Carlos and Gabby’s are huge and I have only experienced the lunch specials as of yet. I have ordered both steak, chicken and burrito/fajitas type sandwiches and was never disappointed. All of the sandwiches come with something, the fries are shoestring and perfect, the fried onions are overflowed at every possible chance, and the free chips, although oily, are phenomenal and come with some very good sweet salsa.

This past Friday I hopped into Carlos and Gabby’s for the fifth time, and decided to ask the owner, who was chatting some cute girl about purim parties if he would hook me up with a free meal if I wrote about his place. His immediate response to me telling him who I was, was one of criticism. “Oh my you write some of the most negative stuff and so on” was his response, I knew my meal wasn’t going to happen – I figured I would write the review regardless of whether the owner of Carlos and Gabby’s has a good sense of humor or was offended by and I quote “your that guy that makes fun of people shuckeling” which was something I never expected to hear.

I guess the good thing that came out of it was that the really cute girl he was talking to asked for my card, I would have pursued, but I have decided that almost everyone in the five towns that is cute is in high school so I left well enough alone.

I ordered the Nashville which was recommended by many people, and I never tired it because fried steak sounded a little much. I was not disappointed, in fact I must say that The Nashville sandwich from Carlos and Gabby’s blew my mind, it was in all senses of the word, orgasmic. The only thing wrong with it is that the steak kept shooting out of the end of the sandwich which made a mound of onions and juice run down my arm. I never thought I would say this, but the sandwich had too many onions.

The fries were good as usual and I had a basket of tortillas with salsa while I waited. The entire sandwich and fries and basket of chips was $8.64, and half of that sandwich would have filled me up. The Mexican food I sampled was good, but based on my experiences with real Mexican food it tasted to Jewed down – or Jewified.

I should note that the sauces at Carlos and Gabby’s are of fast food quality, which means you can taste the artificialness in them, but I love them. The honey barbeque and the avocado ranch are amazing and unlike bugers bar you can pump out as much sauce as you want. I have not tried to the burgers yet, but I have a feeling my days spent at Burgers Bar and Subsational are numbered. The quality and taste are just far inferior to Carlos and Gabby’s and don’t even get me started on the service at those two places compared to Carlos and Gabby’s.

I have decided that Carlos and Gabby’s was made for yeshiva guys because I rarely see any women in the place, I guess the oily and messy food are more of a man’s territory. I definitely recommend you check this place out and hopefully they wont become like Dougies with too much expansion and lowering of the food quality.

I have been alerted that besides for the Cedarhurst location, Carlos and Gabby’s has just opened a new store on Coney Island Avenue in Brooklyn.