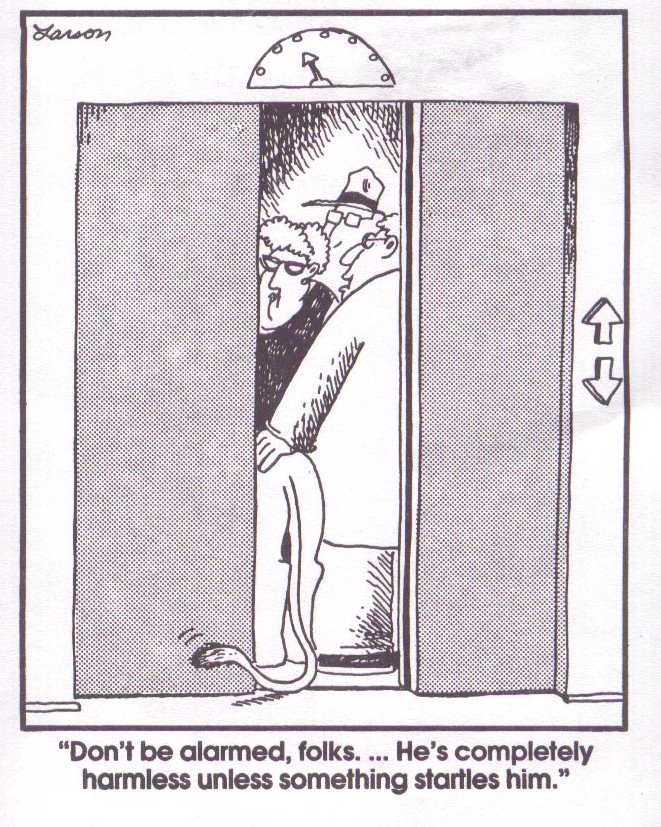 A company in Israel has invented a special kosher elevator for Charedi clients, this comes after numerous complaints of Charedim being stuck alone in an elevator with a woman. In the Charedi community it is against tradition to be alone with a woman, this is called Yichud – an inventor in the Charedi community who wishes to remain anonymous because he works, has received Bedatz approval and a hechsher on the product.

How the elevator works:

Each elevator will be hooked up to a closed circuit video system in which trained members of the Vaad Hatznius will always be watching 24 hours 6 days a week. The elevator will never run on shabbos, according to the inventor who is seeking US investors. Vaad Hatznius members will at the controls, which include a body heat sensor to detect if the man is becoming aroused from such close contact with a woman.

Since people will be watching at all times, being in the elevator will never be considered yichud, the Vaad Hatznius members will also be able to control an emergency mechitza should the elevator become too crowded. Sprinklers loaded with bleach for emergency bleaching of untznius woman will be installed in several high risk areas.

In larger buildings the kosher elevator will have an elevator operator to make sure there is no accidental touching, to make sure it never gets too crowded and to taze anyone that tries to make a move such as talking to a member of the opposite to casually hit a floor for them. It has been proved that most sexual experiences that happen in elevators start with the casual pressing of a floor button.

Not approved yet, has been a feature originally invented by the Israeli army, to detect kinetic energy. If people are moving erratically or touching the sensors in the elevator can either open the doors suddenly or drop the elevator into free fall, but these features are deemed too dangerous as of yet.

← Should sexual abuse in the frum community be publicized?
Chabad takes on Racism by serving interracial challah rolls →