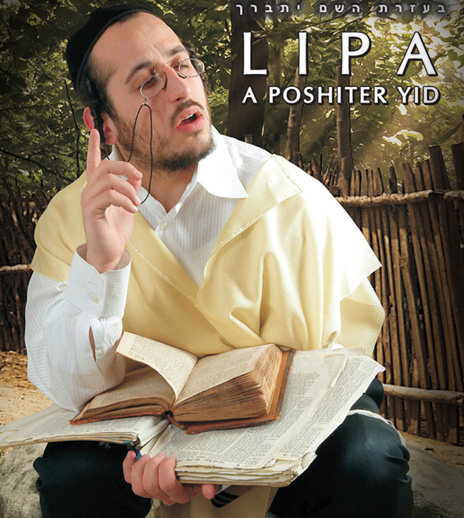 Britney and Lipa both have shaved heads. They also both come from the variety of folks who wear stockings, or very high socks. Lipa and Britney both have peyos, you may recall the Britney Spears video Hit Me Baby One More Time in which Britney Spears dressed up as an untznius bais yaakov girl with pigtails.

Did you see the picture of Lipa Schmeltzer from the Big Event? Take a closer look and you will see that he is wearing a very similar microphone to the kind that Britney Spears wears. They are both embroiled in nasty politics, Britney with her husband and Lipa with his community. Lipa and Britney both learn kaballah. They both sing to mostly single sex audiences and don’t play any instruments.

Lipa and Britney concerts both cost a ton, but I wonder how many scalpers show up for a Lipa event?

Reasons why I am full of crap:

Lipa Schmeltzer wears a bekishe, tzitzis and a hat while Britney Spears tries to run around naked.

Britney concerts do not feature a mechitza.

The gematria of Lipa and Britney are completely different.

Britney Spears is much easier to pronounce then Lipa Schmeltzer or is it Shmeltzer?

← Do you need more traffic for your website?
Black Leaders call for boycot of Judaica stores that sell this… →