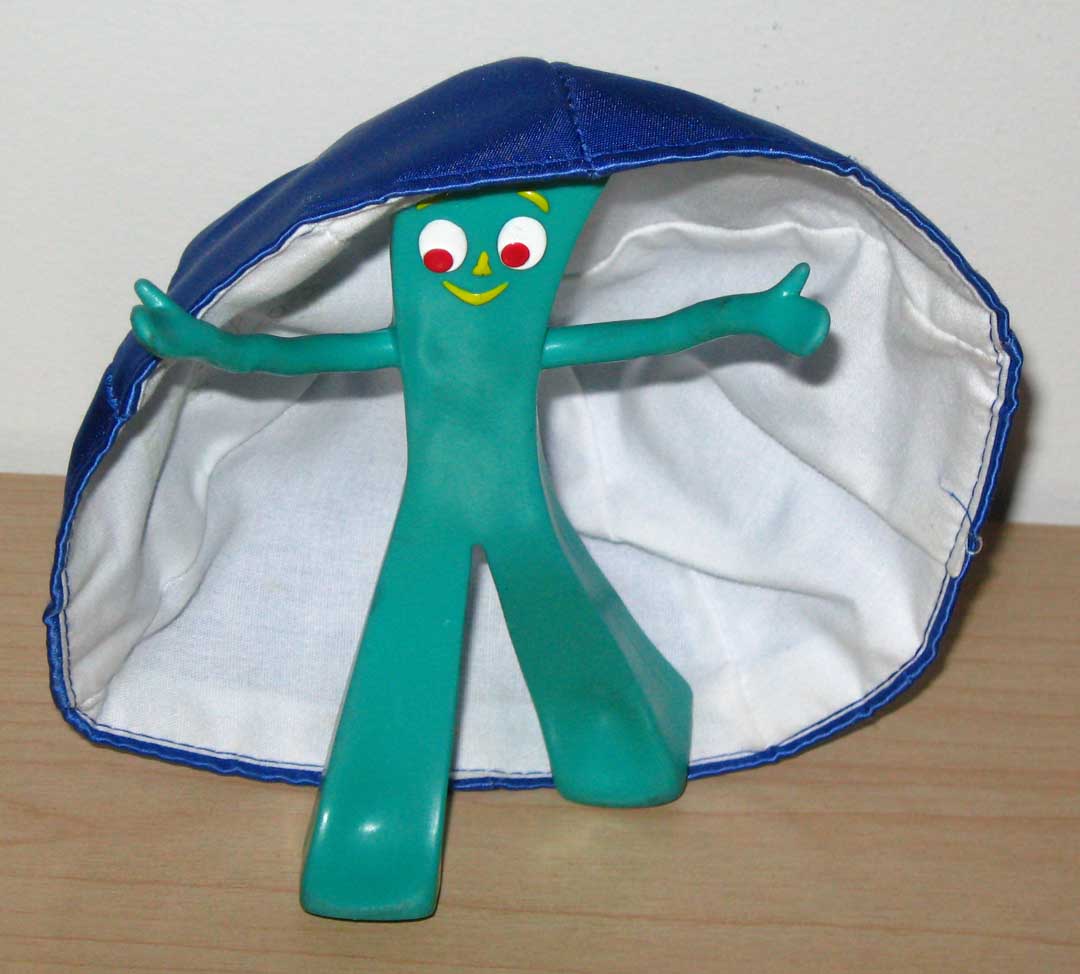 Yarmulkes are kind of like TV remotes, you lose them once in a while and go freaking crazy. Our TV remote would get lost in the weirdest of places, mostly because, in our family retaining control of the “flicker” meant we wouldn’t have to watch my fathers nature or news programs. Sometimes it wound up in the freezer or on the sink. Yarmulkes are very similar, but losing your yarmulke has much deeper ramifications, for if you lose your yarmulke you will most likely have to switch styles for a day, deeply disturbing some of the regular people you see.

I like black or dark blue suede yarmulkes, mostly because they blend in, don’t make much of a statement (unless you go to very frum shuls) and most importantly they keep my hair from sticking up. I like these yarmulkes to be of the flatter and less rounded kind, mostly because I hate when yarmulkes stick up on your head like in those children’s books.

Luckily I have several backup yarmulkes, these include a very large Hesder Yeshiva style knit, a smaller more modern orthodox high school knit and several of those free flimsy ones they give people who drive to shul on shabbos.

I am also lucky in that my changing of the yarmulke doesn’t garner much attention unless I come in contact with people I haven’t seen in a long time. But, if I were to be a black velvet wearer and switch, it would undoubtedly come into question whether my observance level was still the same.

I have friends that wouldn’t switch for a day if their life depended on it, velvet happens to look good, although I think suede is much neater. I remember when I decided to try out velvet for a short period of time, I could tell the service was better in heimishe establishments and that the shidduch offers were a bit higher class, all because I had lost my yarmulke and switched to velvet while I looked under every seat cushion and random nook in the house, it was like an extreme bedikas chametz.

I have heard from common black velvet wearers who switched to lower class yarmulkes that people will question their observance levels, fearing that they have gone off the derech or are keeping less then before. Its sad to hear, but its quite interesting to see how judgmental people are in real life over the type of yarmulke you wear, if you do switch from black velvet to something else temporary, just be sure to explain your predicament to everyone who starts to question if you are still observant.

Guide to the different yarmulkes

How yarmulkes came to be invented

46 comments for “Changing your yarmulke style is not that easy”