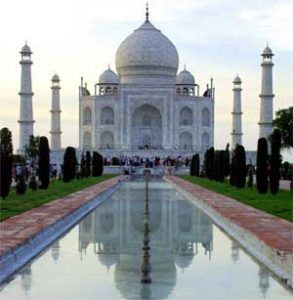 The next time you call your local shadchun don’t be too surprised if she doesn’t speak with a heavy Brooklyn accent. Don’t be too surprised that her name is not Shaindy either. That is right, in response to the downward spiral in the worldwide economy, Saw You At Sinai has outsourced many of its shadchunim to India.

Shaindel and Hinda have been replaced by Khanki and Gupta. Saw You At Sinai told reporters, that all shadchunim would be trained extensively by world renown shadchunim from the United States, Europe and Israel. Even mannerisms like assumptions based on nursery schools attended and what shul their father goes to for Thursday afternoon mincha are all taken into account by these new shadchunim.

It is reported that even though Saw You At Sinai continues to raise their membership costs, even as their profit margin goes up, the new shadchunim from India are a big hit with people from the less yeshivish more out of town backgrounds, who may not be used to the pushy New York shadchunim.

Here is what some satisfied customers are saying:

“I may not be able to understand what they are saying, but they are so much nicer then the shadchunim from America”

“I never thought I could get used to having to provide my birth date and full mailing address every time I called, but I got used to it”

“I just love the fact that we are empowering former Nike sweatshop employees to make a difference.”

Critics are outraged and wonder when the outsourcing will end:

“First I had to cancel my bank account and now I cant understand a word my shadchun is saying.”

“Look I understand they make better cars in Asia, but those shadchunim never ask me about what color tablecloth I have, they just don’t know the culture.”

“Isn’t there some sort of halachic prohibition of talking with a polytheistic person?”

“This is simply assur, its untznius.”

“I burnt my sheitle and now my daughter is getting redd by Indian shadchunim, I just don’t like it one bit.”

Besides for outsourcing shadchunim the orthodox Jewish community has begun to consider outsourcing bris milah, teflin making and shechita.

I love talking to shadchunim

Tribute to shadchunim for their work