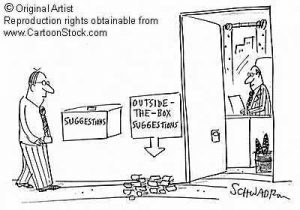 I must tell you truth I don’t know much about open orthodoxy, which is basically far left wing modern orthodoxy, which takes from all the movements to come up with their own brand. To me its still orthodoxy based on the stuff I have heard, its just not “socially acceptable” according to the frummies.

Open orthodoxy is just different and more left wing then traditional orthodoxy and anything that breaks with tradition is hated by the ultra orthodox. I haven’t actually heard of anything antithetical to halacha or as they call it halkha as of yet.

All I have heard are rumors, like Rabbi Avi Weiss (the man who coined the term) has a secret mikvah on the upper wests side for single women – not one person has actually confirmed this. Another hatred towards left wing orthodoxy is that they let the women dance with the torahs on simchat torah. I have asked my rebbes and they all have said the same thing. They have all said that women dancing with the torah is not a halachic issue – in the words of every black hat rabbi “its just not recommended” why is it not recommended? Well that’s just not how “we” do things.

But I like open orthodoxy, it lowers the mechitzas and makes me feel at home when I wear sandals to shul, I also like that they support environmental activism and I am all about their social liberalisms. I also think that open orthodoxy is good for right wing orthodoxy.

Yeshiva Chovevei Torah (YCT) is Yeshiva Universities main competition, they take the more left wing YU students away from YU, but they do something else. They take people from more left wing movements and bring them into orthodoxy. I think its great that someone orthodox can say say, hey those right wing people are not it, we have every stream to fit anyone’s needs while still upholding torah law and so on.

No one has, as of yet been able to tell me anything that open orthodoxy does that is blatantly against halacha. It has all been items that are not “recommended”, or rumors – please enlighten me.

← See Frum Satire live this Thursday night in Crown Heights
Girls reject guys for being short, but guys cant reject them for being fat! →

82 comments for “What do you think of Open Orthodoxy?”