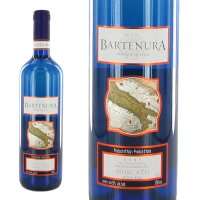 There I said it, it takes a real man to say that you know…

Moscato Diasti is one of longest lasting fads in Orthodox Judaism, it is still very popular even years after it was first introduced to the frum community in its unforgettable blue bottle from Bartenura. I do believe Moscato Diasti came on the scene the time as those wine fountains that are so popular with large Jewish families who want to provide a free show for the kiddies before they are sent to bed with a 2 ounce cup of kedem grape juice, no sugar added of course.

Moscato Diasti was kind of like the movie Titanic, it was popular when it first came out and then like all things it became too popular to be cool, and so it took a similar path like that of Titanic or the band New Found Glory, it became hated by those who were too cool to like something that was just way too cool.

Although there were many haters, they didn’t effect Moscato Diasti’s popularity, in fact every other Jewish wine company came out with their own Moscato Diasti’s, but the stage was set and the distinctive blue bottle from Bartenura became a hit with ladies and seminary girls everywhere. So much so, that if you brought Moscato Diasti, it was as if your shidduch resume status was boosted by the simple placing of a blue bottle on their shabbos table.

I have watched many a time with happiness as the women of the house whooped with joy at seen my shabbos gift of the blue bottle. Of course, I have watched the man of house frown with sadness and then start to question my sexuality based on the choice of my shabbos gift. Of course these same men never questioned me when I brought flowers, but wine was something that frum men hit hard by the financial crisis started to become a fan of, because Scotch has just gotten too expensive, and quite frankly we all know that 90% of Kiddush club attendees cant tell the difference between single malt or blended Scotch.

As wine became more popular amongst men who once liked to drink single malt scotch, the debate of what kind of wine to bring for shabbos plagued single guys like me everywhere. We had to bring a bottle or flowers, and flowers were hit or miss, but the blue bottle always seemed to please.

You couldn’t get away with bringing Rashi’s green bottle version of moscato diasti, women simply knew you had went cheap on em, since Rashi’s version is almost always cheaper then the blue bottle. In fact in Dallas the blue bottle is $18, far exceeding the New York price of $11 – forcing single guys like me to schlep out to Costco or to just get flowers.

Once in a blue moon you will eat somewhere more sophisticated where the blue bottle is looked at as if it were an overpriced pretty bottle of alcoholic sprite. These people tend to be modern orthodox, for frummies are generally less knowledgeable – I have even witnessed frummies place a bottle of merlot in the freezer so that it would be cold by the meal.

If you can be as cool as me, you can feel people out and decide what is best, but the blue bottle remains popular amongst women and weak men like me who don’t really drink much.

← Frumster introduces pickup lines
Why do the rabbis hate Lipa Sheltzer so much? →

34 comments for “I love Moscato Diasti in the blue bottle”