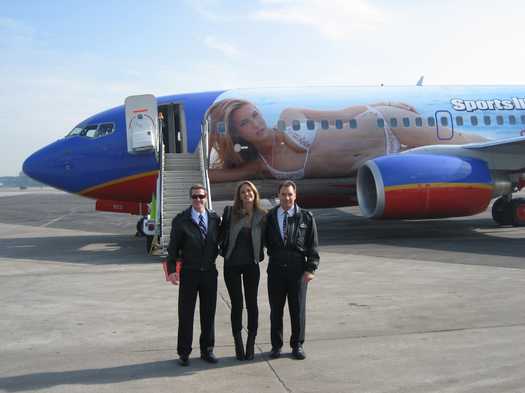 Now I know that riots must erupting in Israel right now due to this scantily clad beauty adorning an airplane (lets hope that Southwest Airlines doesn’t decide to fly this airplane with the swimsuit picture to Tel Aviv) and yesterdays election, but let us not jump the boat. Everyone knows that Israel is terrible when it comes to PR, they simply cannot compete with the Arabs in this department, so why not publicize Israel with its beautiful women?

Last years Maxim Magazine featuring women of the IDF was great for boosting Israels image as a regular place where smoking hot girls carry around grenade launchers and teach Israeli men how to assassin Hezbolah terrorists from 500 yards away.

I can only imagine what women’s groups have to say, but it does make up for the fact that flight attendants looks have gone down in recent years, with the influx of men into the career and the notion that being a flight attendant just isn’t as cool as it was during the 60’s.