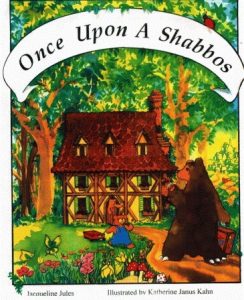 For those of you who are friendly or live outside of a big Jewish community I will attempt to explain the good shabbos nod. The good shabbos nod is used in places like Brooklyn or Queens where people are always rushing so much that merely saying good shabbos may slow them down a millisecond too long, so instead of wasting breath they merely nod their heads.

Growing up on the upper west side helps one become an expert shabbos nodder. You can do the across the street nod and half wave, you raise your hand slightly and nod at the same time to acknowledge an across the street walker.

Nodding and saying good shabbos multiple times without actually saying the word good was quite popular in my neighborhood as well. This was reserved for folks in a rush who saw someone they recognized but didn’t want to bother stopping for.

The nod in Judaism was actually taken from the African American community in which males are known to nod at each other when they see people they know. Now Jewish people do it, but its more of a rude way of not saying any greeting to the person.

The nod becomes much more pronounced when you have people in black hats doing it, mostly because the hat moving up and down with the ark of the nod exacerbates the nod itself making you think the person is giving you a deep nod, when in fact you are getting one of those half nods that Brooklynites are famous for.

Things I love about shabbos

Do you find yourself eating pizza every Saturday night?

← What is the most expensive date you ever went on?
Lubavitchers have their own way of playing Jewish geography →

19 comments for “Do ever get the good shabbos nod?”