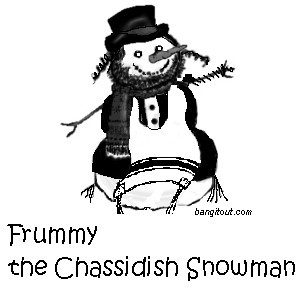 I was just thinking last night that you would never hear a modern orthodox person say that his daughter was redd a shidduch or that his kids are in the parshah and that me thinking. I should compile a list of things that modern people never say – its not comprehensive by any means and I didn’t need it to be, its more an interactive post. I also thought of some things that modern people have started saying but sound stupid saying them. This has begun with the shift to the right within modern orthodoxy.

My daughter is in the parsha

Can I redd you a shidduch

What sugya are you learning?

They are such an ehrliche family

Can you send me your shidduch resume?

Rosh Yeshiva in one syllable which sounds like Roshiva

Things that Modern people have started to say but sound stupid:

I’ve been shteiging in Israel for the last few years

← Mohel gets lambasted on You Tube
Do you have a crappy Jewish last name? →