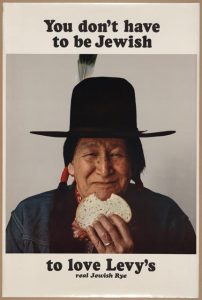 Yeshiva World News is a love hate relationship, I know many of you may think I hate them – but I don’t, I understand they are catering to a more charedi and less scandal intensive audience than Vos Iz Neias. I also know that I can take a look at the coffee room when I am bored and actually laugh out loud.

Sometimes you read something that is so unbelievable that you realize the shidduch crisis is no problem compared to things like the following thread going on in the yeshiva world news coffee room.

Is it better to daven alone with a hat, or without a hat but with a minayn?

When people ask questions like these you start to understand why I dislike large frum communities. You also begin to see why we need sites like Frum Satire to poke fun at such ridiculousness that permeates the frum Jewish community.

Such questions lead me to believe that frummies are simply in it to out do each other and not in it for the God aspect. I couldn’t believe this either, it was as if my worst nightmare was coming true – chumras have become law and law is not necessarily followed because people are too stupid to see that external objects are not part of the law.

Happens to be that I personally think jokesters like me log into yeshiva world news coffee rooms and post ridiculous questions just to see how stupid people are and to make people look like idiots.

Some comments taken from the thread with my responses in bold

good question
ive been confronted by this more than once
i didnt ask a shaila (should have)
i davened with a minyan without the hat but was very uncomfortable.

Sounds like he’s scared his daughters wont get shidduchim

Today I saw a boy in shul who was out of school because his shoes tore. He was afraid of showing up at his mesivta in crocs because he thought either he would get thrown out, or people would make fun of him. He was forced to miss an entire day of learning.

I love these sob stories they show up in every thread

Pretty sad commentary on the attitudes of certain segments of the population.

Why is a hat required for davening? I’m really not well versed on this subject. Once, someone told me it was a matter of requiring a double layer (and thats why married men use their talis instead of a hat). If thats the case, couldn’t you just add a second kippah?
The double layer seems like an urban legend to me

I saw in a sefer that a kollel in my neighborhood asked R’ Chaim Kanievsky this Shaila and he said that it seems to him better with a hat beyichidus. But I saw in a different sefer(I think Ishei Yisroel) b’shem R’ Sheinberg that with a minyan is better.

Yanky is absolutely correct. It should be self-intuitive to every Jew that he should always wear a hat and jacket by davening and bentching (barring extenuating circumstances.)

Yes, just wear a 2nd yarmulke or even a napkin under your yarmulke better than missing a minyan because you have no hat. And if the minyan doesn’t accept that chas vesholom and does not count you (as opposed to not letting you have the amud but if you need the amud just about anyone would lend you their hat in a normal Chassidish or yeshivish minyan) then why would you want to daven in the Sdoimer Shtibl anyway?

All I have to say is SLOL – silently laughing out loud

No hat, in a minyan, any day. Always better to daven with a minyan. When we davenw ith a klal, even when our own zechusim may fall short, the collective zechusim of the whole shul, give us an edge in our tefilos, that we might not have b’yechidus.
Wow some normal people

Now is someone going to verify that?

48 years ago today the new President took off his hat and it was downhill for the hat business.
Minhag HaMakom (community dress standards) plays a big role in issues like this.
If the Rabbi and community leaders dress one way, following them is probably safest.

Have heard in Telze they said not to daven in their yeshiva without a hat.
Lots of yeshivas say this
Gotta love Yeshiva World News

← Judging people by the food they serve for shabbos
Yeshiva Memories: When the girls yeshiva came to town →

31 comments for “Why I love Yeshiva World News”