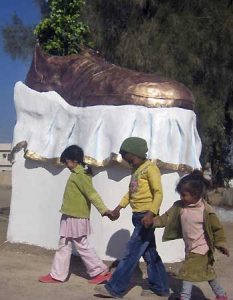 Now that is news that makes me laugh, who would have thought that the guy who threw his shoes at Bush would get such honor. I guess we know what Iraqis really think of him.

My question is this, shouldn’t there have been a secret service agent ready to take the shoe to the chest? If they could block a bullet, surely a shoe flying at much lower speeds would have been somewhat blocked. Seems like the Secret Service didn’t like Bush to much either.

I figured press conferences would be similar to getting on the plane, everyone has to take off their shoes and all that.

← Random thoughts in my head
Should Kiruv organizations admit to brainwashing? →