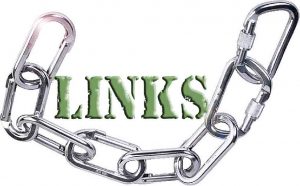 I know I should do this more often, but I don’t really read blogs unless people send me specific posts – so its only once in a while that I devote an entire post to interesting links I found and whats happening in the Blog world, or throw you some links to new blogs that are on the blogroll.

The first link of the day goes to the only person I met from blogger I met through blogging that I have met multiple times, have slept over at his house and fressed on his wifes awesome food. Lets all wish a belated happy birthday to Jacob Da Jew who is responsible for coining the term Boro Park Stare.

For all the BT”s, converts and people interested in Judaism, my buddy Matthue Roth writes for the collaborative blog My Jewish learning and I think it would be an interesting place to hit up – being that it is a full time blog without that agenda driven kiruv vibe you get from others.

Some random new blogs to check out – Daily Deist a civil humorous discourse and God, Politics, religion and Israel by an Aziz Panim (I have no idea what an aziz panim is – but the guy is a good writer.

I don’t think Hasidic Feminist is new – but its definitely an interesting read for those of you ex frummies or those like me who are just fascinated by the whole topic of chassidic rebels – she has some great insight and quite a following.

I was recently sent this “blog” that is basically a word version of some dudes masters thesis that he did on the Jewish Blog world and I was honorably mentioned.

For those of you who haven’t checked out the Joe Flixx daily photo blog its definitely worth it – he allows anyone to contribute and he started out by advertising his blog – no one does this – in Charedi newspapers.

I used to not have Bang It Out on my blogroll because I felt that people may think I was stealing their stuff, when I realized I was coming at Jewish humor from a different angle I threw it up – plus Seth from Bang It Out is working on a show with me – their site is the number one Jewish humor website – but look around as it is old and quite hard to navigate – also good if you looking for a roommate or apartment in the New York area.

If Yeshiva World News and Vos Iz Neias are a little too tame for you – head over to Chaptzem who was nice enough to put of my videos up a little while ago – Chaptzem is a little raw and different but they do provide something interesting once in a while.

Last night someone made a comment under the name “The Shvigger” so I checked it out because it was a new blog. It is hilarious but like most blogs it may not go anywhere at all – for all of you who have not drunk the koolade yet a Shvigger is what really frum folks call their mother in laws. This blog is about a mother in law that is attracted to her son in law. Although the language makes it pretty obvious that its written by someone who is too young to have  son in law – because older folks do not use the word “like” in sentence like she/he is.

Now this is something to check out – a blog completely devoted to readers sending in their stories that happened on the Monsey Mechitza Buses the blog called Monsey Bus Tales is very promising although I can already tell it will die unless you people send it content because the last post was 3 weeks ago.

I have been trying to figure out ways to give you war news in a funny manner but I cant, I don’t know much more than the regular situation which is Arabs shoot at us we shoot at them – we get blamed – replay story every few months. Well Benjy Lovitt a blogger and stand up comedian in Israel actually knows how to inject humor into the Israeli situation and he rocks.

The Cool Jew is some a blog that is all Jewish videos and pictures – quite good if you want to keep up with the Jewish stuff on You Tube.

The best ways to keep in touch with frum satire postings, photos or general happenings in through Facebook – do me a favor and join my fan clubs as well. I use Twitter as well to update people when a new post or video is up.  I have two diferent You Tube pages – my main one and my alternative one.

55 comments for “Interesting Links to check out”