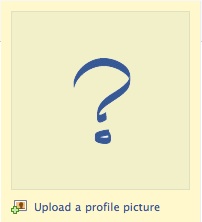 I have been a member of Facebook since its inception, I joined when my State College was finally let into the system. Back then it was only college kids, I had 10 friends and never really got into it until I started the blog. Then I made a blog name and my real name (there is another Heshy Fried on Facebook by the way) was left in the dust with merely 35 friends and being blocked from search, my blog name Frum Satire took over, due to its search engine prowess. Suddenly high schools were let into facebook and finally everyone was allowed to join the Jewish Geography revolution taking place on computers everywhere.

Facebook in my opinion will lead to the demise of internet dating and sites like only simchas. I have noticed a recent trend that the people friending me on Facebook are born in the 1950s and 60s, I have even been friended by two women born before 1930 – the grandmothers have the most applications of anyone.

By far the most annoying group of people who are on Facebook are the frummies, not the regular old frummies, I mean the frummies who are on Facebook, but don’t want to be “caught”, so they do things that allow them to hide – although in my mind a simple search to the privacy settings allows you to block your profile from being found by anyone unless you happen to be friends with them.

There are several practices that annoy the hell out of many people, including myself, that frummies tend to do with their Facebook accounts: Here is my list.

No picture – come on people it isn’t called “face” book for no reason at all – give me a face.

Baby Pictures – married people are one thing but I have noticed that girls – not all frum as a matter of fact – like to keep their pictures away from facebook and put baby pictures up. Whenever I see a baby picture on a single girls profile I assume she is quite hard on the eyes – because why else would you not put a picture of yourself – what its untznius? So why are you on the internet in the first place? Or why is your profile there for public view?

Pictures of flowers – not even going to start, but frummy girls love the flower pictures in addition to the baby pictures.

English Names with no last names – you spot a chassid on Facebook in a second, any Jewish person who has a bunch of chassidish friends who uses the name Joel S. You are not fooling anyone, Yoily and Mendy become Joel and Mark – they love those one letter last names.

Husband and Wife accounts – the newest practice in frummiedom is for the wife to make an account but to join with her husbands name, I think its a defense against facebook stalkers, but its hard to find and hard to figure out who’s who. Or is it just the wives way of controlling the husband.

Rebbe accounts – I managed a Rabbis account for a little while and let me tell you, its a dream. You can friend anyone you want and no one asks a question. But can someone explain why I am friends with Rav Ahron Cutler, Rav Moshe and the Lubavitcher Rebbe? (well maybe him you can explain)

Your last name is Chossid? – loads of these last name chossid profiles, I never really noticed any my last is “yeshivish” profiles though.

Shadchuns on Facebook – does anyone know someone that met their mate on Facebook, I think its a great tool (have gone out with folks I met on facebook) and have seen some profiles popping up with names like Shlomo Shadchun and such. Though I am sure when people start writing “Im Yitza Hashem by you” on your wall it could get mighty annoying.

Do you have anything to add to the list?