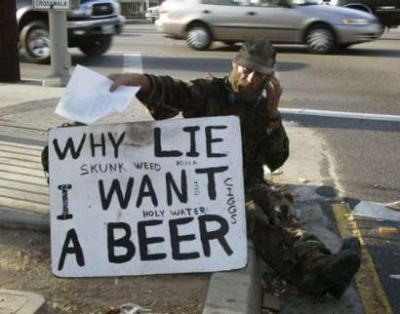 Years ago I pondered if homeless people or meshulachim would ever have the bright idea to whip out a portable credit card machine. If you think about it, its quite smart, no excuses, “I don’t have any money” just doesn’t fly anymore. Of course you could always claim you left your wallet at home or in the car, but when that scraggly looking guy with a thick Israeli accent shows up at your door with a laminated piece of paper claiming to be signed by some kabalist in Tzfat asking to feed his ten children, you have no where to hide. He whips out that credit card machine and swipe, you have given tzedaka.

A fan of mine sent me a message on facebook telling me that last night she was at a wedding in Brooklyn and one of the schnorrers had a portable credit card machine. I bet you he got a lot more donations than all the other dudes trying to feed their families of 15.

On a side note I have toyed with the idea of creating one of those crumbled up dirty laminated sheets claiming I need money for beer and drugs, all in Hebrew of course with the signatures of famous people with their seals. I could really go to town with it and prove that no one ever reads those sheets – mostly because we just want old smelly men out of our faces. Kind of unfortunate I know, but the random Israeli guy showing up at your scheme is alive and well in the United States.

← Hire a Part-Time American Virtual Assistant – In Israel!
Are you a kiddush Anarchist? →