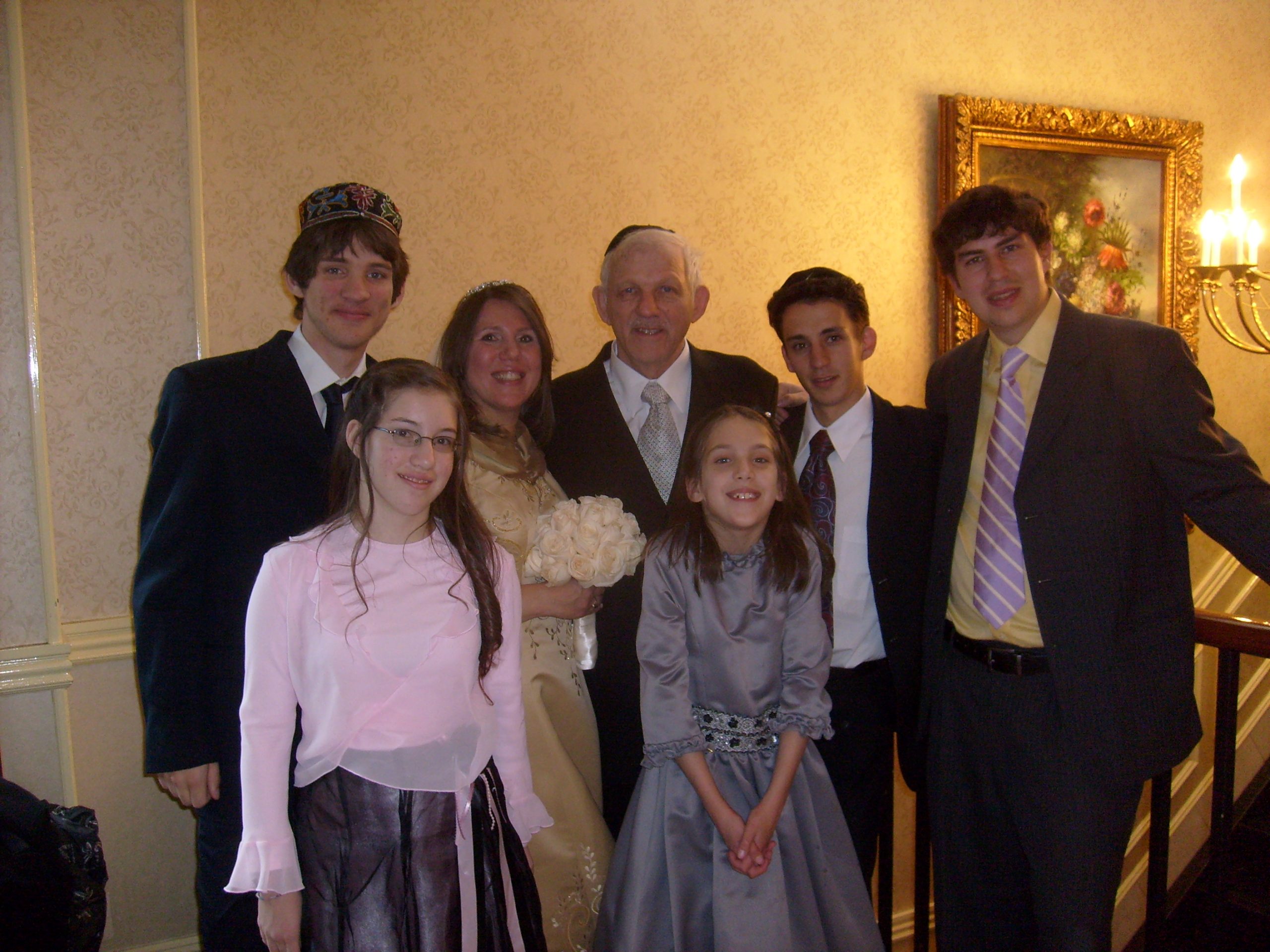 Its not that I don’t get along with my relatives, its just that most of them think my brother and I are crazy and should settle down already, at least that is what the theme of my fathers wedding was. “Why on earth would you move away from New York, when you have to get married?” was the main theme of the night, followed by “So your living in Arizona, or whatever other state they could think of that was somewhere they would never travel to.” I feel like people just lump all the non-coastal states together into one pot and pick whatever comes to mind, New Yorkers are so geographically challenged that they think Indiana is next to Texas.

I tried to explain to them that I was interested in finding a mate, but not “that” interested, people were shocked. “What your gonna wait till your 41 like your father?” I didn’t say that, I said I wasn’t that interested, I make a lousy paycheck and I am having a great time wandering, I think that people really just think that anyone who is single at 26 is miserable, I find it to be almost detrimental to the conversation if when someone asks how your are doing, you don’t throw in some sort of shidduch crisis sob story, almost as if my whole life should be centered around finding a woman. It isn’t and I think it pisses people off, at least Jews in New York, especially family members.

Then of course I had to meet all these people who have “known” since I was this tall- as they put their flat hands down to about 2 feet above the floor, funny because I never remembered meeting any of them or even hearing about them. But it comes with the territory of gathering a bunch of old folks together to celebrate a wedding of a long time single friend of theirs, its not like there were that many cheeks to pinch on little kids, but to a 70 year old I guess we were the same thing.

You know how at normal weddings, when they announce the newlywed couple, the music gets loud and everyone starts going nuts? Then the dancers in the middle start dancing really fast and all of the parents friends form this half assed shuffle in which they place their sweaty hands on each others backs and keep the shoe cobblers in business. Well at my fathers wedding it was all like that, the middle ring of “fast” dancers which usually consists of the Rabbis and the person who just got married, along with someone pulling unsuspecting and unwilling people into the circle was damned slow, someone mentioned that he was waiting for someone’s hip to go or pacemaker to stop.

The part where everyone dances in front of the bride and groom was very funny as well, just because of the age of everyone, you have these 60 year old men doing the yeshivish tap dance, and you know when they wave their arms in circles and slam the floor with their shoes.

Many people asked me how I felt about the situation and to tell the truth I didn’t think of it much. I don’t live anywhere near New York nor do I ever want to, so it’s really a good thing, its weird I admitted just because we have always been this manly underwear wearing crew, but times change and life must go on. I do admit that not knowing my step sisters names is a bit disconcerting and not knowing any of my new “step side” of the families names or anything about them is a bit weird as well. In fact I am so anti-social with family in general that I don’t even know some of my own cousins names.
I am quite bummed that my father decided to leave Manhattan although he did say my brother and I would inherit the upper west side apartment we grew up in. I am even more bummed that he chose a place like Far Rockaway with absolutely nothing to do besides walk on the boardwalk and eat pizza, although it might be cool to live by the beach and go swimming on shabbos. (Will Far Rockaway put us in cherem?)

The wedding was mad ghetto as all Fried family affairs must be and that was a fun thing. I caught one of the waiters sitting down at someone’s spot during the dancing and eating his salad. I also saw these two guys during the entire meal basically, sitting across from each other, one was learning (which someone mentioned was extremely ostentatious) and I agree and the guy sitting across from him was glued to his blackberry the entire time.

I was surprised that no Schnorrers showed up, I was kind of looking forward to it because everyone always asks me what I think about that faction of wedding culture but I have never actually witnessed it and being that this was in the middle of Borough Park at Schicks manor I was expecting an onslaught of non-English speaking guys in long coats shoving laminated tzedaka letters that could have told me to go screw myself for all I know.

Is it right to tell a “close talker” that they are invading your space and letting you get a full view of their acne and nose hairs? I wondered this as one women literally stuck her face as close as possible to mine while talking, it bugged the hell out of me and I finally understood the Seinfeld episode about the subject.

If you would have listened on to some of the conversations around the men’s side you would have heard two different conversations. The first one was about medications, I listened to two of my uncles speaking for about 20 minutes about Lipitor and a bunch of other unrecognizable medications that end in “ex”. The other distinct conversation which was going on between men and which occurs at every wedding in different forms was where people found a spot to park.

I feel that men always talk about driving prowess at Jewish weddings, at this one it was about their slick moves in navigating the double parkers on 12th avenue in Borough Park to find a place within 1 block of the hall. I was at a wedding in Toronto once at which everyone was discussing their border crossing adventures and how fast they had made it from New York and which route they took. At Monsey weddings the conversations abour driving always talk about which bridge they took and how much traffic they dodged by listening to the traffic report.

During picture time I became aware of weird I felt, my brother agreed, it is weird, and I know some of you may be thinking that we will get used to it, but I just don’t think you understand, my father has been dating this women for 8 years so its as if they were married.

I did get to talk to some of my cousins I always want to talk to and are just too scared to call up. You see when it comes to staying in touch with people I am great but with family I suck. I would like to say that I am that bitch that visits friends in a far away city and doesn’t call his relatives, it’s a crappy thing to do but that’s how I work, I just feel uncomfortable calling random cousins up that I never speak to. I should write on my frumster profile that I am only family oriented with relatives who’s addresses I know by heart and can pop in for random visits. Wait I don’t even know my fathers new address by heart.

It is interesting to note several things, due to my fathers long wait to get married, all of our cousins are way older then us save for two of them. I have 60 year old first cousins and a 94 year old uncle. Now that my father has married someone 24 years younger then himself I have this whole network of people my own age, whether or not I will become great buddies with any of them is something for the future, who the hell knows. I should also note the hilariousness of the fact that my father is 2 years old then his new father in law.

Overall it was an interesting affair and I had a great time catching up with people I never met and relatives I never see. I think this is the first wedding post that I have written in which food or girls were not talked about- for that you will have to watch my videos.

133 comments for “My Fathers Wedding”