Here is a picture of two hot Chani’s I took at kosherfest, they were hot, slutty (according to frum community standards) , married, and wearing sheitles (wigs). Hot Chani’s are also called Sheitle Hookers and they commonly hail from the Hot Chani capotal which is located in the Five Towns section of Long Island, Flatbush also contains a sizable population and if I am not mistaken you can find them in Los Angeles as well. Fortunately I was able to take a picture that does not reveal who they are, and although they weren’t too hot, they illustrate waht it takes to be considered a Hot Chani pretty nicely. 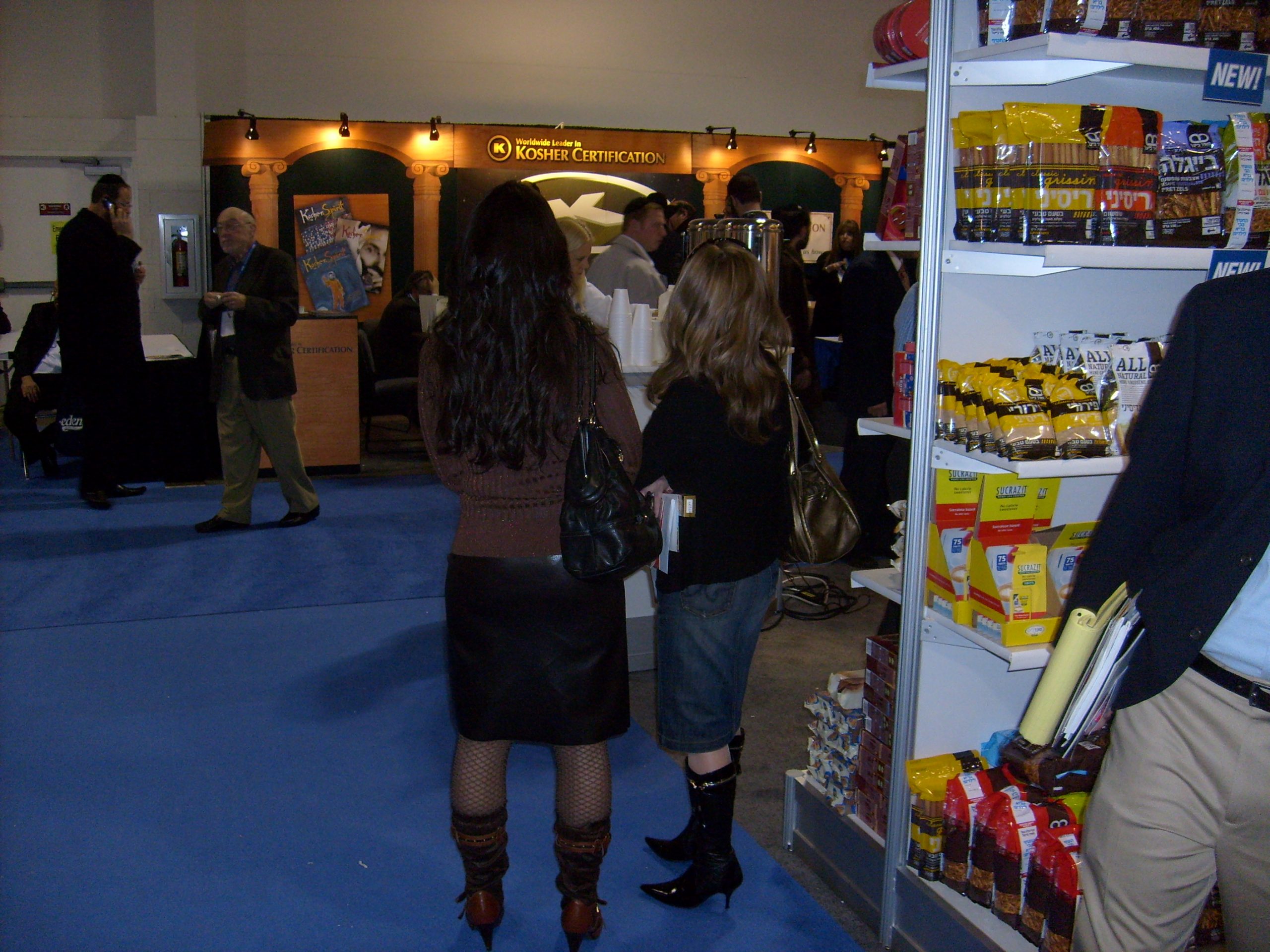 ← What is your hagba/gelilah radius?
Poking fun at Hockers and BT’s (video) →