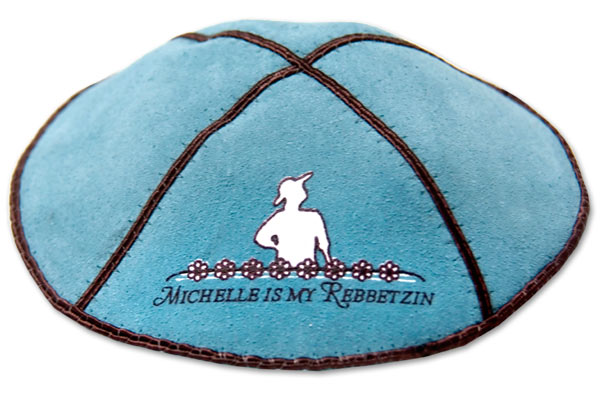 So we know that Sarah Palin is in fact not Jewish and if she was Jewish she would have been a Chabad Shaliachs wife because she’s got a lot going on. We also know that Michelle Obama has a cousin that converted to Judaism and is a Rabbi of an Ethopian Congregation in Chicago- actually Rabbi Capers Funnye has one of the funniest names of a Rabbi I have ever seen- so kudos to that. So both the Obama and McCain campaigns have some sort of Jewish connection, as I am sure there is some bunker somewhere that is researching any Jewish connection for the two presidential hopefuls- in fact the bunker resembles the bunker where Rabbi jokes are created.

Obama was a little weak when he inserted his note into the kotel, if anything, thats a reason not to vote for him. He didn’t know to lick it and then stick it to the other notes. Instead without practicing first Barak Obama tried for at least 30 seconds to insert the note into the kotel while some random guy was screaming Jerusalem is not for sale in the back round. I don’t think Obama listened by the way. Oh and then some yeshiva kid took the note out and sold it to an Israeli newspaper. It wasn’t even a cool note either.

Like all famous people of the moment- the media- which is run by the Jews apparently must find ways to connect the Jews to the famous people. Or find something anti-semitic that they may have said while standing at the urinal in high school or some other obscure location.

Unlike presidential elections of past- this election has created Jewish gear to go along with it. Obama and McCain both have yarmulkes created for them, so the next time Obama or McCain need to pander to AIPAC or the JDL, they can do it in style.

Maybe someone can create Sarah Palin sheitles or John McCain talis bags? There is so much opportunity themed items. Especially with succos and Rosh Hashanah- the holidays with the most paraphernalia.

For all you Republicans in the crowd there is also a McCain Kippah. Although I wonder how many of you would wear pink. Go to Vanity Kipah to actually buy these things. 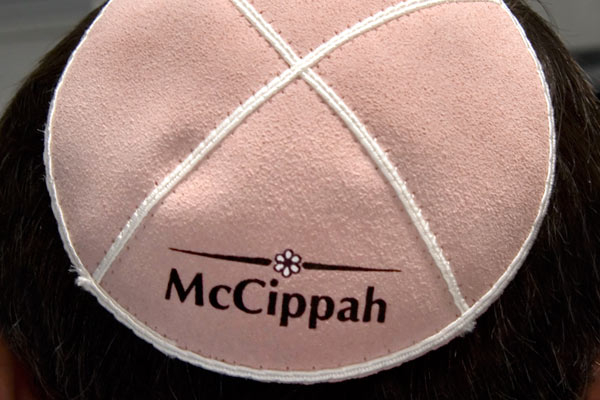 27 comments for “The Jewishness of the Obama and McCain campaigns”